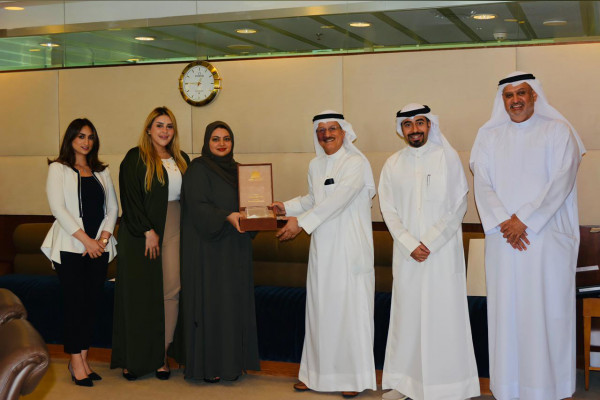 SHARJAH, 27th June, 2022 (WAM) — The Sharjah Chamber of Commerce and Industry (SCCI), representing the Sharjah Excellence Award, proceeds on its tour throughout the GCC countries to motivate and invite Gulf private sector companies to participate, nominate, and get introduced to the award’s new cycle and its two categories, “Sharjah Gulf Excellence Award” and “Sharjah Gulf Localisation Award.”

During the Kingdom of Bahrain and Kuwait visits, coordinated meetings were held to highlight the award’s role in enhancing the competitiveness of the UAE and Gulf business communities and enabling them to benefit from the awards’ quality values, leadership, and innovations.

Furthermore, Qatar’s visit included a joint meeting with the Qatar Chamber of Commerce and Industry, during which the participation criteria, application, and registration dates for companies via the award’s website were underlined. Moreover, both parties committed to cooperating on evaluating the projects of the participants and proposing additional criteria that boost the strengths and areas for improvement of the Gulf companies participating in the award. The meeting also discussed the award’s requirements for community responsibility and the importance of establishing it among private-sector enterprises.

In her comments, Nada Al Hajri said, “These tours contribute to spreading adequate awareness concerning the award’s nomination criteria via its official channels. Such visits witnessed the coordination of various fruitful meetings, which included detailed explanations of the evaluation criteria and benefits granted to Sharjah Excellence Award recipients, noting that there is a coordination to provide specialised courses for qualifying GCC evaluators.”

For his part, Jamal Bu Zinjal, Director of Corporate Communication at SCCI, stated, “SCCI is keen to develop and enhance the economic role of private sector institutions as well as the Gulf business communities during all of these tours throughout the GCC countries, in coordination with many Gulf chambers of commerce and industry. This could be achieved by encouraging them to participate in and nominate for the award, which aims primarily to improve the performance of these institutions by implementing the Excellence Model.”