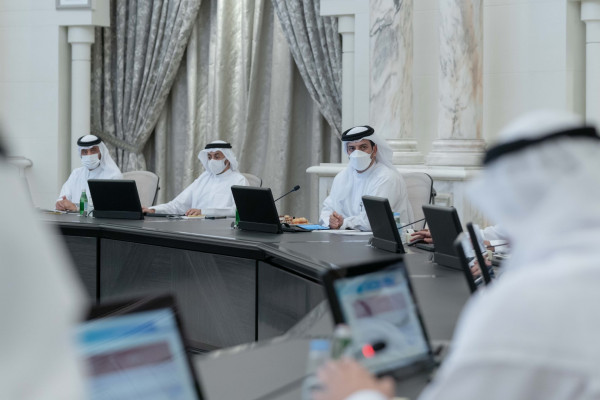 SHARJAH, 28th June, 2022 (WAM) — The Sharjah Executive Council (SEC) approved, on Tuesday, a proposal for a 50 percent discount on violations of the Sharjah Roads and Transport Authority (SRTA), which applies to both violations of truck smuggling and violations of illegal operation.

The meeting, held in the Sharjah Ruler’s office, discussed many general government topics and reviewed a number of reports on the performance of government departments and bodies. They also discussed work developments in projects of the cities and regions of the Emirate of Sharjah.

The SEC also discussed a number of proposals in support of fishermen in the Emirate of Sharjah, which are among the priorities of the Emirate under the directives of H.H. Dr. Sheikh Sultan bin Muhammad Al Qasimi, Supreme Council Member and Ruler of Sharjah, and the follow-up of H.H. Sheikh Sultan bin Mohammed bin Sultan Al Qasimi, Crown Prince, Deputy Ruler of Sharjah and Chairman of the Sharjah Executive Council (SEC).

The SEC directed, in coordination with the competent authorities, to put the proposals into practice, provide more services to fishermen, and work to strengthen the fishing profession.

The SEC reviewed the performance report of the University Hospital Sharjah, which included a set of indicators for the performance of the hospital, witnessing an increase in the various services it provides through its centres and clinics.

The hospital includes more than 35 medical centres and specialties, staffed by a group of qualified specialists in various fields at the medical, administrative and technical levels.

The report dealt with the hospital’s most developed services and ways to develop them to keep pace with patients’ needs, in addition to the total laboratory tests and operations it conducts.

The report concluded with a set of accreditations and certificates obtained by the hospital, in addition to the future expansion plans it is working on.

Following the video by Biden and Macron .. clarification from the UAE regarding the level of oil production