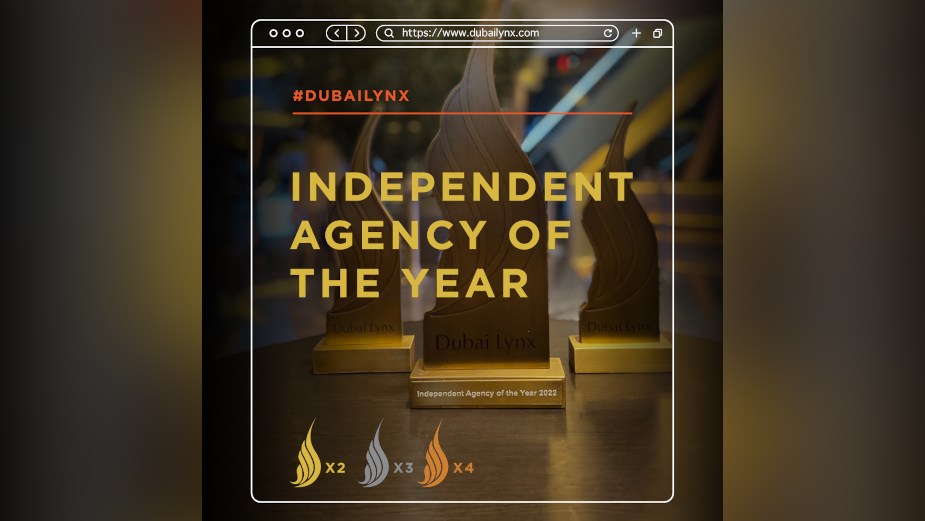 The Dubai Lynx International Festival of Creativity has revealed this year’s winners at its first live Awards Ceremony since 2019. Serviceplan Middle East were named Independent Agency of the Year during a ceremony at the Dubai Opera House.

Rami Hmadeh, managing partner, Serviceplan Experience, commented: “This is an outstanding achievement and a major milestone for our House of Communication. It comes  as a testament to the great work that our brilliant team have been crafting for our clients and partners…all under and thanks to the leadership of Akhilesh Bagri. Proud to be in company of such a creative mastermind and surrounded by such a talented team. To many more accolades to be celebrated with this awesome bunch!”

Jason Romeyko, worldwide executive creative director, Serviceplan Group, added: “A wonderful testament to ÜberCreativity, this is an example of that magic that happens when  all aspects of the House Of Communication Middle East come together. Plaudits to the entire team. Thank you to the clients for their trust, belief and business. This is a dream come true.”

Azhar Siddiqui, managing partner, Mediaplus Middle East, said: “Being recognised as the Independent Agency of the Year is proof of our Übercreativity at work! This is especially  important, because as an integrated agency we infuse creativity across all disciplines of communication to produce work that is not only impactful but also effective for our client  partners. I could not be more proud to be part of such an amazing team!”

University of Manchester appoints New Director of IT Services