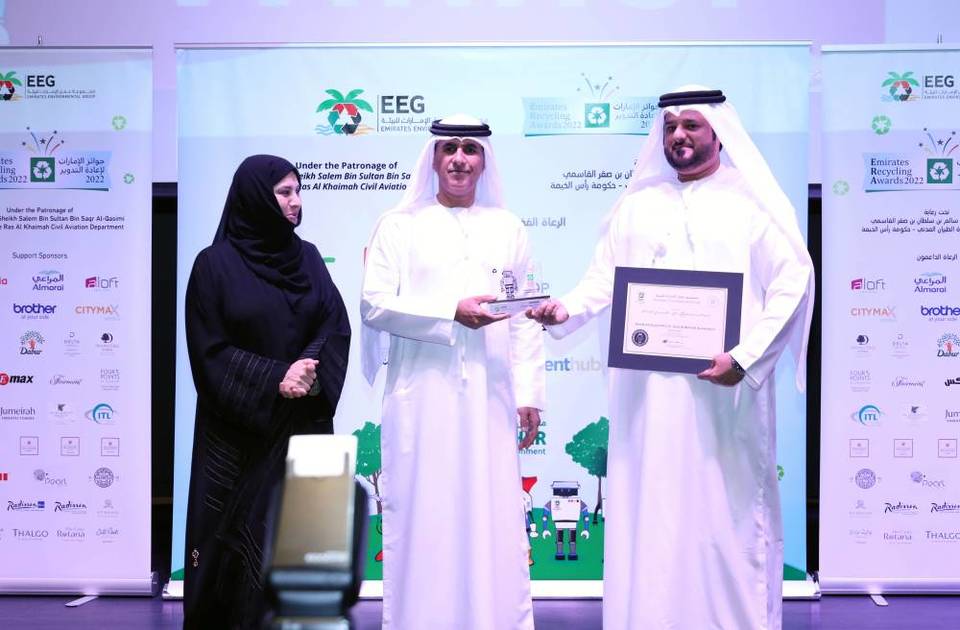 Sharjah Electricity, Water and Gas Authority (SEWA) won first place in the UAE for the fifth year in a row in the award for waste management and recycling of printer ink in the category of institutions organized annually by the Emirates Environmental Group (EEG) for collection and recycling 365 From ink refilling , during a ceremony at Dubai Knowledge Park, Al Sufouh 2 Convention Center, organized by the group on the occasion of World Environment Day, under the patronage and presence of engineer Sheikh Salem bin Sultan bin Saqr Al Qasimi, member of the Executive Board of Ras Al Khaimah’s government and chairman for the Department of Civil Aviation in the Emirates Ras Al Khaimah and honorary member of the group This is part of the Authority’s strategy, which puts conservation of the environment and the achievement of sustainable development at the forefront of its priorities.
Engineer Fatima Ali Asghar, Director of the Information and Communication Technology Department, confirmed that the Authority’s winning this award was the culmination of its efforts in environmental protection and the launch of various initiatives that help raise the level of culture and knowledge. awareness among community members of the importance of cooperation and of taking all measures that take into account environmental aspects.
She pointed out that protecting the environment is a collective responsibility and it is necessary to consolidate the culture in order to preserve the environment among all sections of society and to spread this culture among employees of public authorities, private companies and society in general.
She pointed out that the ink recycling campaign organized by the Information and Communication Technology Department of Sharjah Electricity, Water and Gas Authority contributed to the collection of 365 ink bottles for recycling. The authority topped its competitors with this number, qualifying it to win for the fifth year in a row.
Ahmed Hussein Abdullah, Head of Operations and Technical Support at the Authority’s Information and Communication Technology Department, explained that the Authority won this award after a major competition with a number of participants in the ink recycling campaign organized by the Emirates Environmental Group (EEG). ) took part. Nearly 41 units in annual waste management campaigns, which voluntarily joined the group’s waste management initiatives and worked hard throughout the year to achieve excellent results in various price categories that included waste management throughout the UAE and recycling campaigns, including paper, plastic, aluminum cans and ink collection Mobile phones.