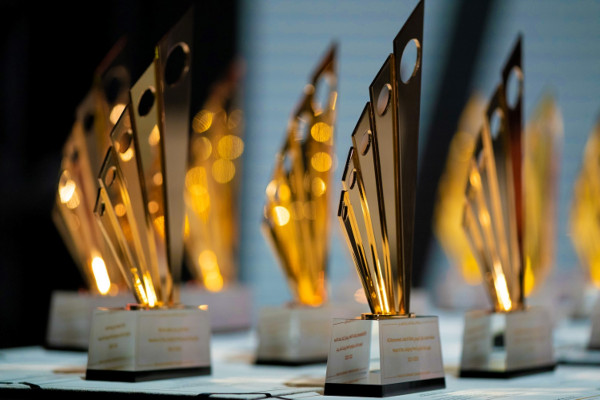 It has fostered a culture of excellence in the government communication sector, aligning with Sharjah’s efforts to honour outstanding local, regional, and international efforts and accomplishments in this field.

Throughout its eight editions, the award has attracted 2,202 submissions worldwide, including 520 from Sharjah and 1,258 from other emirates. With the award including the Arab region and beyond in 2017, it has attracted an additional 424 nominations from the Arab world and global categories. In 2020, the award recorded an unprecedented 93 entries from Sharjah and 700 from the rest of the UAE, in addition to 162 nominations globally submissions.

The sixth edition in 2019 expanded its scope to include the Arab world and launched a book titled “Government Communication: Theory and Practice” which profiled winners of previous editions. The same year, the SGCA partnered with the University of Sharjah to create an elective course on government communication for Mass Communication and Public Relations students at its College of Communication.

New strategy The award went global in its seventh edition as it introduced new categories. The SGCA also created new modes of submission and expanded its portfolio of partners. On the national level, the award introduced “The Voice of the People – UAE”, a category which enables community members to vote for an entity that has made the most significant impact on its audience.

New categories were added, and four existing ones were updated in the eighth edition of the award in 2021. It also introduced the “Best Practices for Dealing with the Coronavirus Crisis” global category in response to the outbreak of the pandemic the previous year.

Fuelling creation of governments of the future Speaking on the award’s monumental strides since its inception, Tariq Saeed Allay, Director-General of the SGMB, emphasised that the award has promoted futuristic and forward-looking government communications by highlighting unique examples that embody creativity in communication between the government and the public. He said that SGCA draws its inspiration from the vision of His Highness Dr. Sheikh Sultan bin Muhammad Al Qasimi, Supreme Council Member and Ruler of Sharjah, to empower creators and innovators to accelerate the march towards the future.

Allay added, “The continuous development and addition of new award categories have helped the SGCA keep pace with the ongoing global changes and strengthen government communication practices both on the national and international levels.”