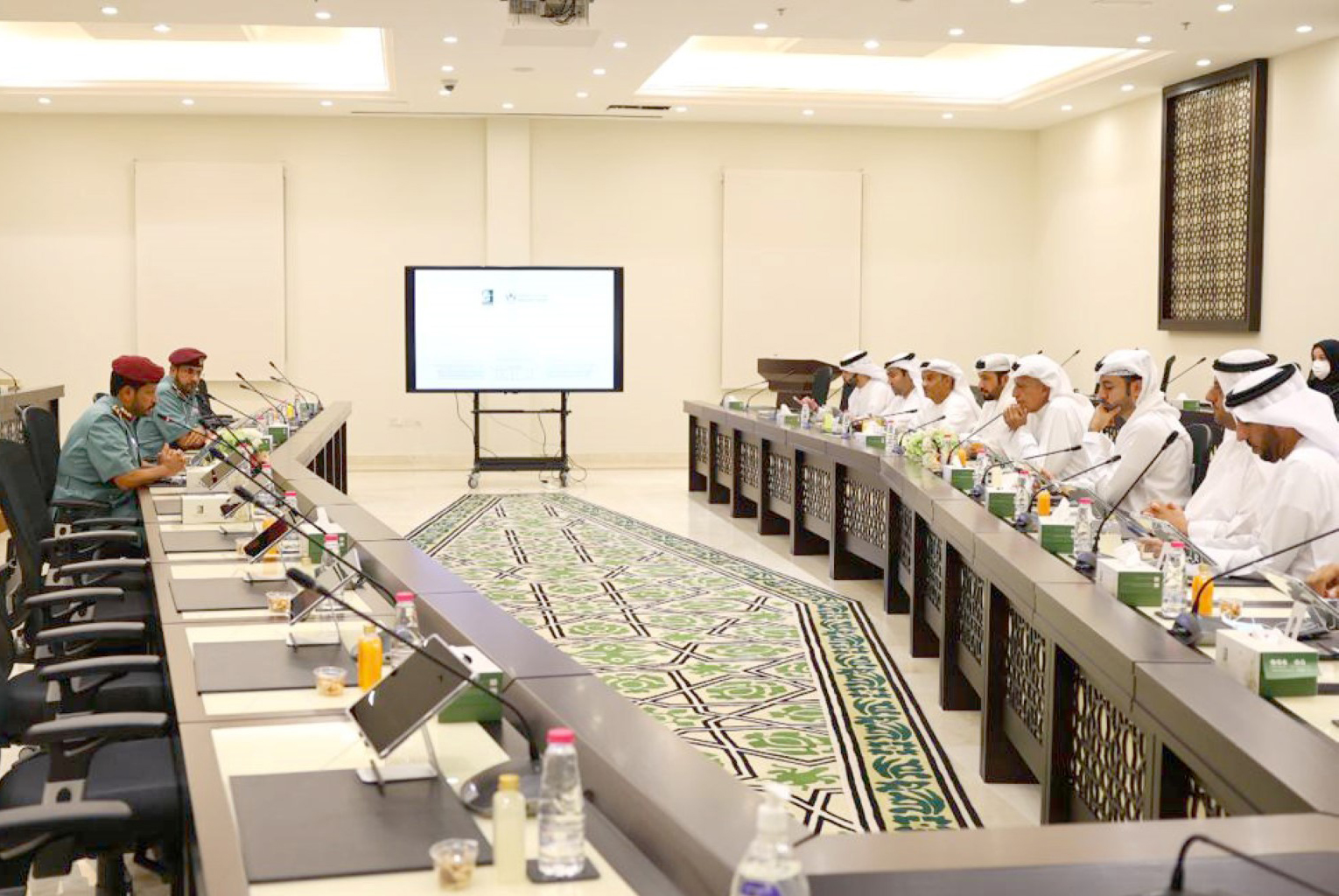 SHARJAH, 13th June, 2022 (WAM) — The Sharjah Municipal Council held a meeting to enhance cooperation and joint coordination in various topics that reflect the keenness of all agencies to provide the best services to the public, eliminate all negative behaviours, and preserve the aesthetic and civilised appearance of the emirate.

The meeting, which hosted the Sharjah Municipality, Sharjah Police and the Sharjah Economic Development Department (SEDD), also aims to promote the emirate’s role as an attractive city for living, investment and tourism, providing its residents and visitors with an ideal environment and all the ingredients for happiness.

The meeting was attended by Salem Ali Al Muhairi, Chairman of the Sharjah Municipal Council; Major General Saif Al Zari Al Shamsi, Commander-in-Chief of Sharjah Police; and a number of officials from the department participating in the meeting.

During the meeting, Salem Ali Al Muhairi stressed that the Sharjah Municipal Council is keen to implement the visions and directives of H.H. Dr. Sheikh Sultan bin Muhammad Al Qasimi, Supreme Council Member and Ruler of Sharjah, in taking the voice of citizens to government agencies and officials, enhancing cooperation with all parties to provide the best services, and raising the suggestions and requests from citizens to government agencies and ensuring their achievement, in addition to discussing many common topics of interest to members of society in order to provide them with all means of comfort and happiness.

The chairman of the municipal council explained that the meeting tackled many common topics, including some negative behaviours that may cause inconvenience to residents, such as driving unlicensed motorcycles or bicycles in different areas of the city.

In the same context, Major General Saif Al Zari Al Shamsi stressed the importance of joint cooperation and holding such meetings with the concerned authorities to monitor such behaviours to discuss ways to eliminate them, and to develop appropriate solutions to ensure work within an integrated system involving all efforts to serve the smiling emirate, and preserve the safety and security of the community.