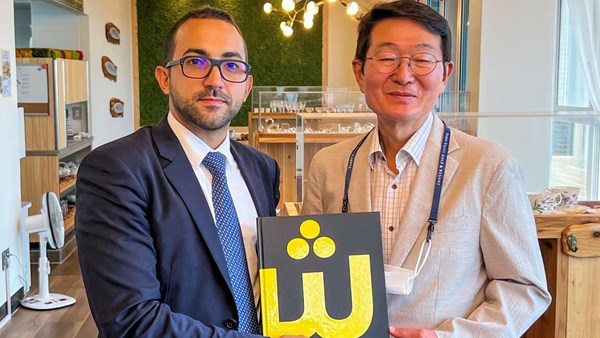 A delegation from the Department of Government Relations in Sharjah concluded an official visit to South Korea and its Jeju province. The delegation, led by Sheikh Fahim Al Qasimi, head of the Department of Government Relations in Sharjah, visited a number of Korean civil society organizations and scientific, social and economic institutions with the aim of reviewing their experiences and discussing ways to develop bilateral relations. with them, in addition to visiting a number of major cultural and tourist attractions. Sheikh Fahim Al Qasimi said: “The United Arab Emirates and the Emirate of Sharjah enjoy a strategic partnership with the Republic of South Korea in various fields, especially economic and cultural, and in the energy, health and education sectors, in light of the two sides’ comprehensive development vision expressed by many agreements and memoranda of understanding between them.” He added: “During the visit, we discussed many issues of common interest and available areas of cooperation, and we invited our Korean partners to familiarize themselves closely with the unique elements that Sharjah enjoys, which made it a major economic and industrial center , and a beacon of science and knowledge in the region.” He continued: “We look forward to raising the level of relations between Sharjah and South Korea on the one hand and Jeju Province on the other, and we seek to reach better levels to make the most of the available capabilities on both sides .”

53 billion dirhams .. the cost of the 10 largest projects under implementation in the UAE