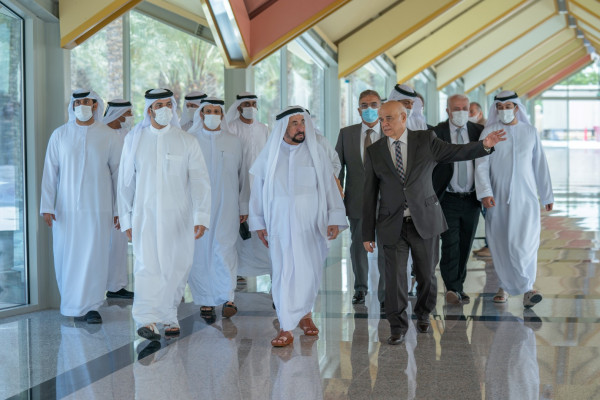 During the meeting, they discussed a number of scientific and academic topics that would contribute to the continued progress of the university in all scientific, academic and research fields.

The meeting also dealt with the university’s future plans related to the expansion of academic programs and public facilities and the strengthening of scientific partnerships with various prestigious scientific institutions.

After the meeting, His Highness the Ruler of Sharjah inspected the new air-conditioned corridors project connecting all university buildings, including colleges, laboratories, the library, the restaurant hall, and others.