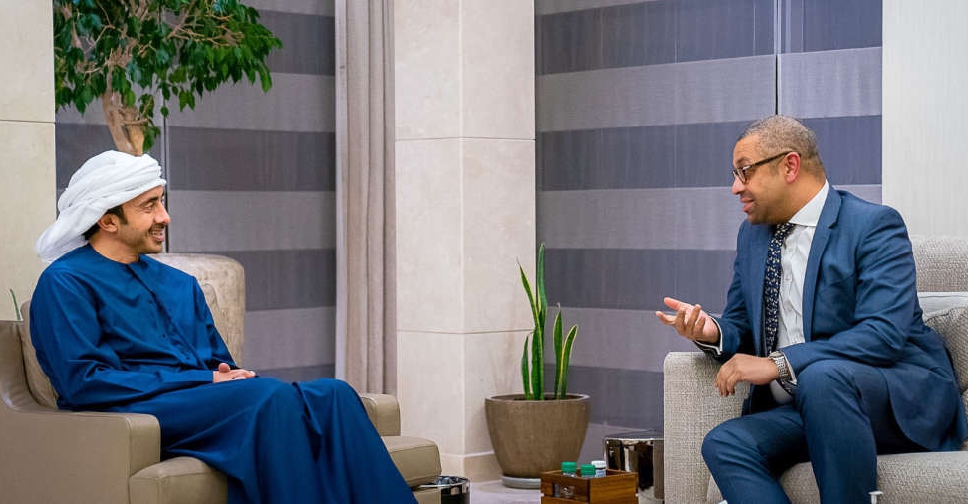 The UAE and the UK have emphasised the solid historic and strategic relations between the two countries.

During talks in Abu Dhabi, Sheikh Abdullah bin Zayed Al Nahyan, Minister of Foreign Affairs and International Cooperation, and British Minister of State for Middle East and North Africa, James Cleverly, discussed issues of mutual interest as well as the latest developments in the region.

Sheikh Abdullah also highlighted the long history of cooperation between the two countries and the keenness to promote security and stability in the Gulf.

He also stressed the significance of work to boost security and stability of the region and lauded the distinguished strategic relations between the two countries and continued desire to enhance them in all areas.