Copyright 2021 - All Right Reserved
Home News ‘Snakes crawling in the sky of Mars’; The scientific world for no reason
News

‘Snakes crawling in the sky of Mars’; The scientific world for no reason 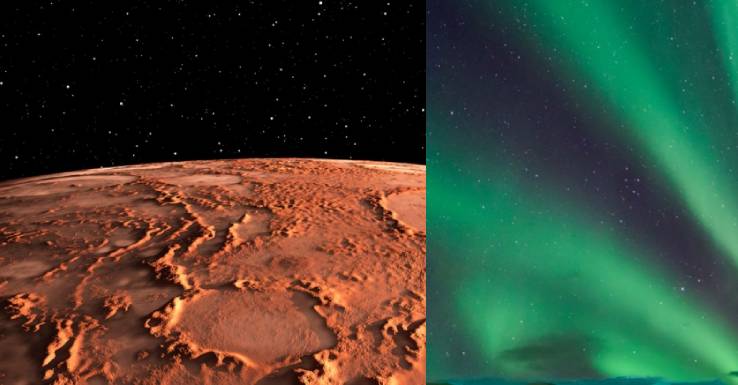 Mars mission finds light structures like snakes crawling in the night sky of Mars. These spectacular sightings were discovered by the Emirates Mars Mission launched by the UAE. Named Sinus Discrete Aurora, the phenomenon is similar to that of the Earth’s aurora. Scientists say no such light has been found on other planets.

Auroras are polar phenomena found in the Earth’s polar regions. Northern and Southern lights are called depending on which pole. These are formed when solar wind particles from the Sun interact with particles in the Earth’s atmosphere and the magnetic field.

But scientists say some of the auroras found on Mars are scattering across the planet’s atmosphere. Some luminosities occur only above certain regions of the planet. Scientists speculate that this may be due to the increased deposits of magnetic minerals in these areas. The newly discovered lights are different from all these.

This aurora borealis is visible in about half of the sky around Mars. This light distribution was experienced in a zigzag pattern. Rob Lillis, a University of California scientist who works with the Emirates Mars Mission, said they could not find the exact cause.

The Hopes Orbiter, part of the UAE’s Mars mission, began orbiting Mars in February last year. The general assumption is that solar winds are behind the lights. Scientists predict that such phenomena will increase as solar winds increase by 2025.