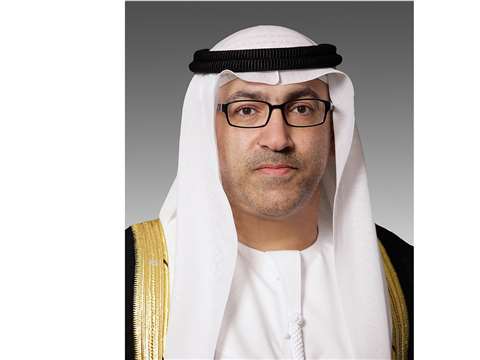 On Zayed Humanitarian Day, His Excellency Abdul Rahman bin Mohamed Al Owais, Minister of Health and Prevention, Minister of State for Federal National Council Affairs, stated that the late Sheikh Zayed bin Sultan Al Nahyan’s achievements and exploits, may Allah rest his soul in peace, are viewed as a wellspring for Emirati people to explore the highest values of humanity for a leader who laid the foundations of a country based on noble values and authentic Arab traditions.

Al Owais underlined that the UAE’s continuing sacrifices and humanitarian help have elevated it to the ranks of the world’s major donor countries.

“The occasion of Zayed Humanitarian Day, coinciding with the spiritual atmosphere of the holy month of Ramadan, provides an opportunity to commemorate the humanitarian exploits of Sheikh Zayed, whose acts of support have extended to relieve the needy all over the world, without discrimination on any grounds,” Al Owais added.

He pointed out that humanitarian work in the UAE has become a consistent approach by its generous people and leadership that believes goodness is a key pillar in building relationships with people and nations. As a result, the UAE has emerged as a role model for humanitarian action at all levels.

The minister added that the UAE has extended a helping hand to people across the globe for the past five decades, making it a humanitarian leader and the world’s largest donor of official development aid.

He further maintained, “Sheikh Zayed bin Sultan Al Nahyan, may Allah rest his soul in peace, deserves credit for transforming humanitarian work into a norm for all members of Emirati society. Due to his efforts, humanitarian work has become deeply ingrained in Emirati culture and has been a significant gain for our country over the last fifty years.”

“Thus, the name of the UAE has been associated with goodness and humanitarian action, and the name of the founding father has been linked to generosity and benevolence, while people everywhere pray to Allah to bestow his mercy on the late Sheikh Zayed for the good deeds he did towards humanity,” Al Owais concluded.

HE Dr. Mohammad Salim Al Olama, Under-Secretary of the Ministry of Health and Prevention, said on the occasion of Zayed Humanitarian Day that it is a day to commemorate the values of giving and goodness of the UAE’s founding leader, the late Sheikh Zayed bin Sultan Al Nahyan, may Allah rest his soul in peace, the leader of humanitarian work in the UAE, whose generosity reached out to many regions outside the nation.

Al Olama added that UAE’s wise leadership has taken the same approach and achieved local and international success, establishing the UAE as an icon of goodness and tolerance, as well as an example to follow in humanitarian work.

“In the UAE’s past and future, humanitarian work has been and continues to be a consistent strategy that includes all state institutions and a civilizational approach. The march of giving in the UAE did not come to an end, thanks to the wise leadership’s support and directives, and its vision, which placed humanitarian work as a main principle in the country’s strategic path for the next fifty years,” the Under-Secretary maintained.

Al Olama emphasized that the UAE’s charitable initiatives and projects to alleviate the suffering of the world’s peoples have strengthened its position as a sustainable capital for humanitarian action.

He underlined that the ministry of health is eager to contribute to the country’s march of goodness, giving, and humanitarian work by launching a number of humanitarian initiatives.