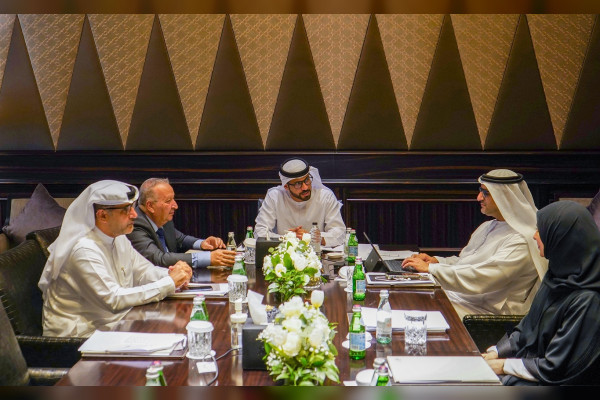 Candidates can submit their applications to enter the competition until 30th June in any of the award’s six categories, Poetry Matching (where candidates must match the poem “yaealu nun bant muzunah” by the late Sheikh Zayed bin Sultan Al Nahyan, the UAE’s Founding Father); Creative Personality; Arts (which includes Arabic calligraphy); Studies and Research; Poetic Publications; and Translation, and compete for winnings from a total prize pool of AED1.5 million.

The announcement was made during a meeting of the award’s higher committee, chaired by Issa Saif Al Mazrouei, Vice Chairman of Abu Dhabi’s Cultural and Heritage programmes and Festivals Management Committee, in the presence of Dr. Ali bin Tamim, Chairman of the ALC.

Vice Chairman Al Mazrouei said, “With the introduction of the Treasured Sayings Award, we aim to further enrich the Arab literary and intellectual scenes, bringing forth new poetic models, introducing literary talents to new audiences, and ultimately promoting and preserving Nabati poetry. Now that we are officially launched and submissions are open, the committee can look forward to an exciting stage of judging what is sure to be a proliferation of beautiful and thought-provoking works.”

The committee has set specific conditions to be nominated for the award. Talented individuals, literary unions, cultural institutions, or universities can submit their applications for one of five categories of the award, the remaining category being ‘Literary Figure’, where nominations must come through academic, research, and cultural institutions, or high-profile literary and intellectual figures.

Potential candidates need to have actively contributed to enriching local and Arab poetic, critical, or artistic movements. Nominated works must also feature a high degree of originality and innovation, constituting a significant addition to human culture and knowledge.

Nominated works must be written in Arabic, except for the Translation and Studies and Research categories, which consider poems translated from Arabic into other languages, and studies which may be submitted in other living languages. Each candidate can submit only one work for one of the award’s categories. A nominated work cannot be submitted for another award in person or by proxy in the same year.

No UAE visa stamping on passports: What will banks use as residency proof?