Copyright 2021 - All Right Reserved
Home News Sultan bin Ahmed: Continuation of the results and preservation of the gains
News 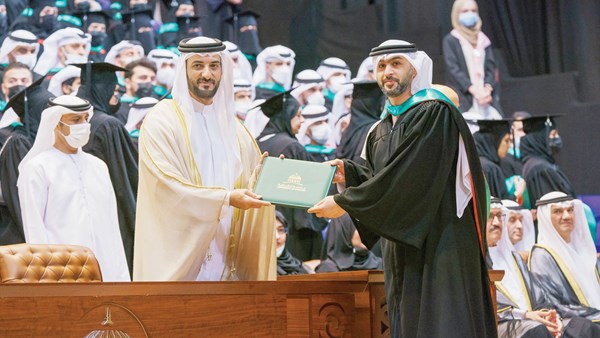 His Highness Sheikh Sultan bin Ahmed bin Sultan Al Qasimi, Deputy Ruler of Sharjah and President of the University of Sharjah, attended the graduation ceremony for graduate students at the University of Sharjah, at University City Hall, yesterday morning. His Highness delivered a speech in which he called on male and female candidates for the importance of taking on their role in disseminating knowledge and calling on its request and helping their other colleagues and “to move forward in the dissemination of knowledge. In his speech, His Highness congratulated the graduates, congratulated them on the degrees achieved, and their families for their role in supporting them and standing with them on the journey of knowledge. under the most sincere leaders.
His Highness Sheikh Sultan bin Ahmed bin Sultan Al Qasimi presented their certificates to the male and female graduates as their number reached 441 male and female students for doctoral, master’s and higher diploma degrees.