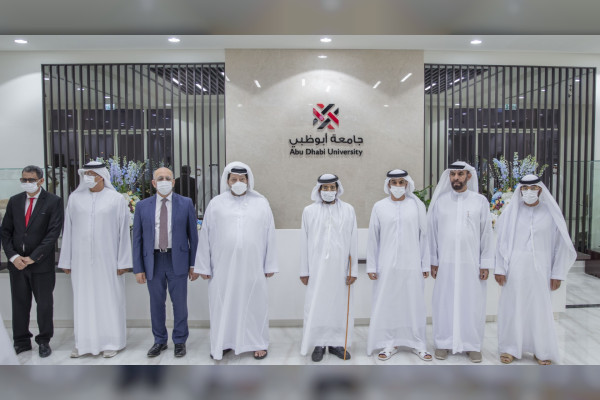 Naming the campus after Sheikh Tahnoun comes under the directives of H.H. Sheikh Hamdan bin Zayed Al Nahyan, Ruler’s Representative in Al Dhafra Region, Chairman of the Board of Trustees of Abu Dhabi University, in recognition of the pioneering role of and significant contributions made by H.H. Sheikh Tahnoun to supporting the education sector in the Al Ain region and his efforts to translate the vision of the Founding Father, the late Sheikh Zayed bin Sultan Al Nahyan, to provide knowledge-based and innovation-driven environment conducive to serving the nation and its people.

Sheikh Tahnoun expressed his pride of the appreciation received from His Highness Sheikh Hamdan. He also expressed appreciation of the efforts made by the Abu Dhabi University since its establishment in 2003 in providing national human resources with the skills required for the local and international labour markets.