Teachers: The “English” test is easy and depends on students’ reading skills 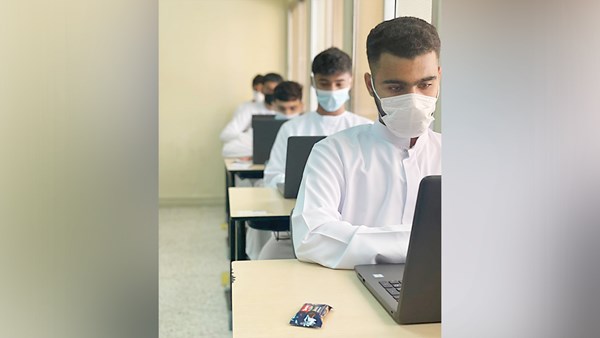 A number of educators in Sharjah confirmed that the exam committees during the English-language exam were calm as the twelfth student took the test with ease and they did not encounter any difficulty while answering the questions that directly depended on the students’ reading skills questions about the structure.
Ibrahim Salim Barko, director of Al-Shula School, which implements the government curriculum, said: The twelfth student took their exams in the committees appointed to them and we received no complaints about questions, especially after the change of the twelfth exam system; The student has become completely dependent on the structure that the ministry sends before the exams, which includes a number of exam questions that they study, and they come in uniform ways in the exam, making the process of passing the exam almost certain.
On the other hand, Dr. Muhammad Al-Qasim, deputy director of the Al-Shula School, said that the students did not face any difficulties in performing the English language test, pointing out that since the implementation of the idea or the structural system, students are no longer afraid of exams, especially that the form of question is completely identical to the form of examination.
Nouf Saeed, an academic advisor, and Zina Al-Hassouni, head of the School Services Unit at the Model School for Boys in Sharjah, confirmed on their part that the readiness of all exam committees was ensured and an atmosphere of well-being was made available to students to create a sense of security in the halls.They also confirmed that they did not receive any questions or difficulties during the students’ performance of the English language test.