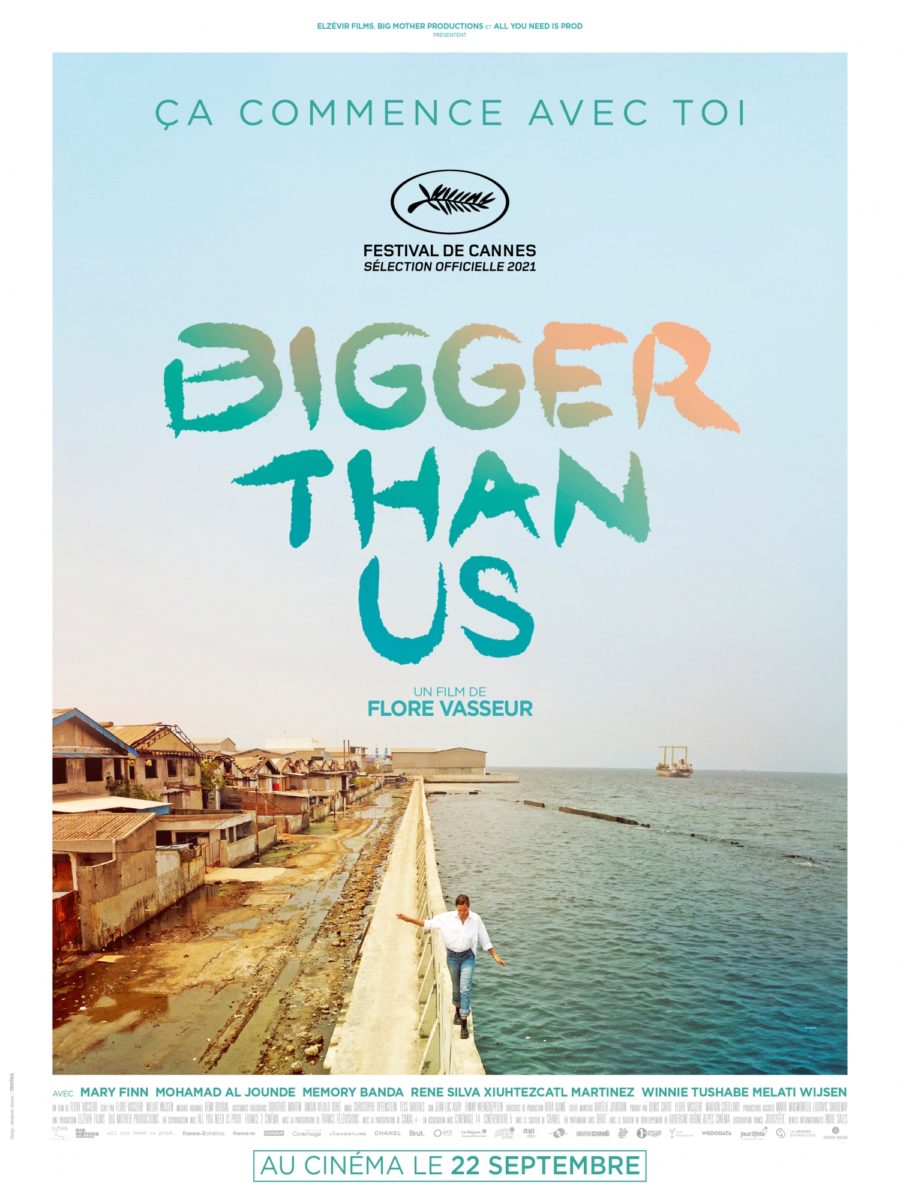 The Better World Fund, a Paris-based non-profit organization using arts and cinema to raise awareness about pressing global issues, is gearing up for its lineup of prestigious events in Dubai on 25 and 26 March supported by Engie, Mastercard and MContent powered by Gargash Group as main sponsors.

As part of the Oceans Fortnight taking place at the France Pavilion at Expo 2020 Dubai, the Better World Fund is hosting a Mastermind and Academia for a Better World innovation conference, which will take place on 25 March, followed by a networking event for attendees.

An exclusive premiere of the film “Bigger Than Us” will take place the following day at Infinity des Lumières in The Dubai Mall in conjunction with the event. The film will be screened on March 26 to a VIP audience of partners, press and celebrities. The movie encapsulates the fight of Melati, the 18-year-old protagonist of the movie who takes action to tackle plastic pollution, freedom of expression, refugees’ and women’s rights. Attendees will have the unique opportunity of having a one-on-one Q&A with the film’s director, Flore Vasseur.

“Bigger Than Us” highlights the global issue of plastic pollution, which is a key topic and the very foundation of SeaCleaners. The Better World Fund will be financially supporting the work of this not-for-profit organization, which was created in 2016 by Franco-Swiss skipper Yvan Bourgnon, who will be speaking at the conference on 25 March. Initiatives include addressing issues of plastic at sea, scientific knowledge through research, public awareness initiatives and propagating its iconic project MANTA, a solution for the collection and recovery of floating plastic macro-waste. MANTA is an innovative ship equipped with an onboard plant that will be launched in 2024. SeaCleaners will use the funds raised at the Better World Fund events to launch a project to raise awareness with children and teenagers about marine pollution in the United Arab Emirates.

The two-day events will close with a Gala Dinner on 26 March, which will showcase a fashion show from The Atelier Collection by Professor Jimmy Choo OBE in collaboration with the Middle East Fashion Council, the world’s first fashion council to embed sustainability as one of its core values. Professor Jimmy Choo OBE, who has designed for many celebrities including Princess Diana, will be attending the Gala alongside other VIPs.

At the event’s star-studded Gala Dinner, a 4-minute film screening will be shown from the ENGIE Group; a powerful short documentary on the importance of technologies such as drones and AI mapping in conservation efforts such as rehabilitating mangroves damaged by desalination plants.

In line with the United Nations Sustainability Goals (SDGs), the two-day event aims to raise awareness on the immediate need to protect the world’s oceans and promote the blue economy, uniting filmmakers, writers, scientists, environmentalists, activists and business leaders to explore and make tangible efforts to address environment, biodiversity and climate challenges.

Those booking tables at the Gala Dinner will receive full access to the two-day events by Better World Fund. Floresta, a smart reforestation initiative, will be restoring 3000m2 (or 600 tress) for every table booked at the dinner.

“We are all very concerned about the tragic news from Europe. Equally important though is the need to stay focused on the protection of our planet and oceans.” said Manuel Collas de la Roche, President and Founder, Better World Fund. “There is a lot of talk about climate change but the time is now to put the spotlight on specific issues. Plastic pollution, the degradation of our land and food systems, and forest degradation are slow poisons that can ruin generations. It is time to act now, together and fast,” he added.