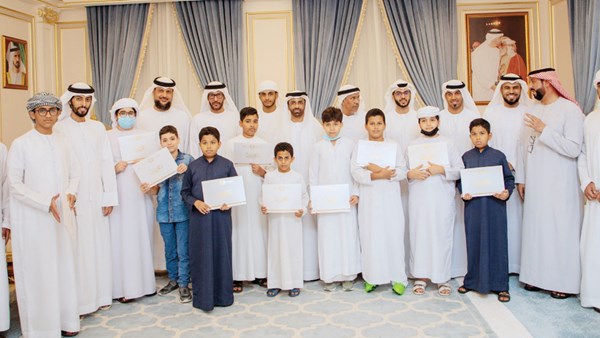 The World Charity Organization organized the “Happiness Forum” to honor orphans in collaboration with Bin Ham Majlis in Al Ain, with the aim of celebrating, supporting and honoring orphans. Dr. participated in the forum. Muhammad bin Muslim bin Ham Al Ameri, Dr. Khaled Abdel Wahab Al Khaja, Secretary-General of the Commission, and a number of notables and dignitaries in the city of Al Ain.
Mohammed bin Muslim bin Ham Al Ameri said: The people of the Emirates set the most wonderful examples in charitable work to help the needy through institutions, bodies, associations and businessmen and their contribution to supporting charitable work in various forms of support and support for these groups, which makes them look to the future with the same ambition, satisfaction, love and loyalty, and gratitude to their country and their wise leadership.