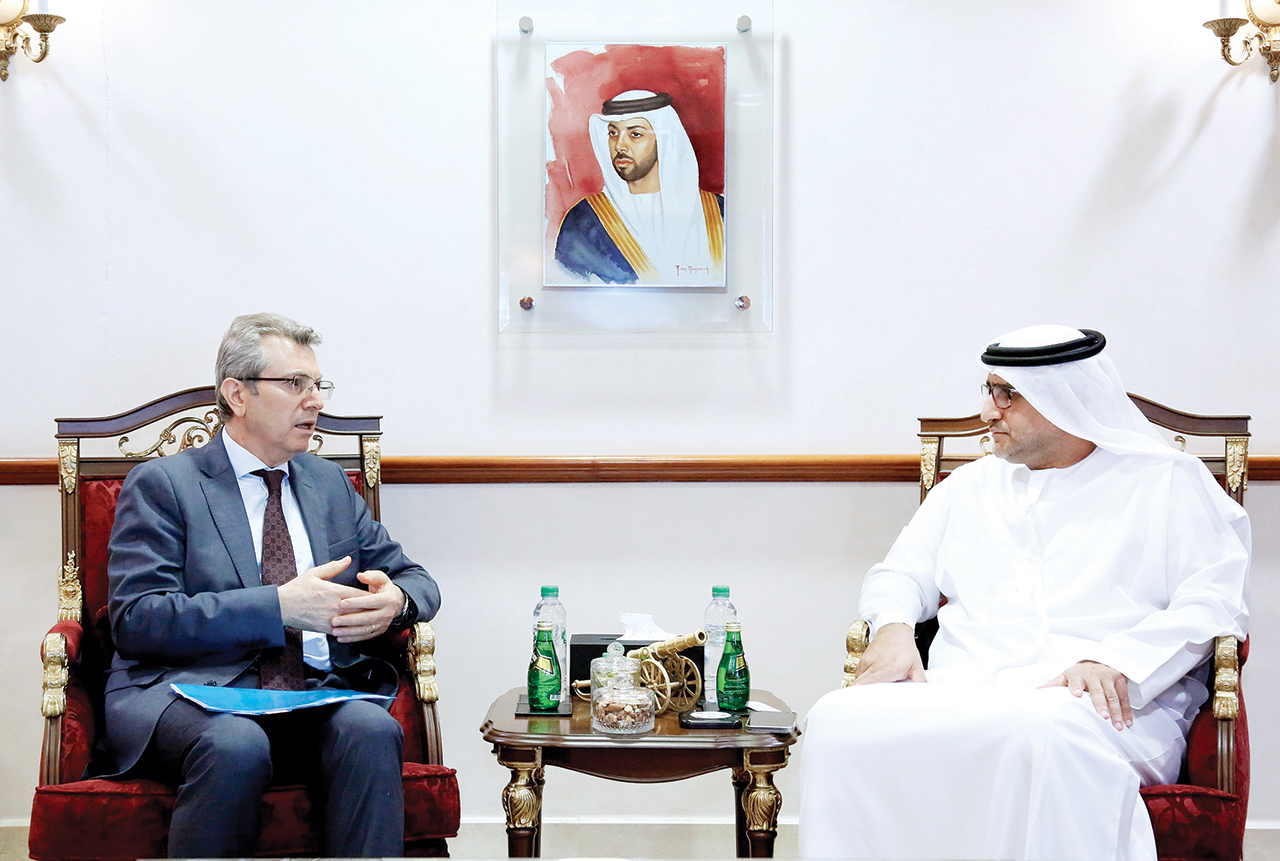 Abdullah Majid Al Ali, Director General of the National Archives and Library, discussed with Ambassador Dr. Ghassan Abbas, Chargé d’Affairs of the Syrian Arab Republic to the United Arab Emirates, the strengthening of cooperation and coordination in the cultural fields of archiving and documentation, and methods of collecting and preserving the nation’s memory for generations, especially the intangible cultural heritage.And the establishment of joint activities between the two brother countries, and integration in the field of cultural performance, especially serious and targeted translation.

Abdullah Majid Al Ali emphasized the National Library’s role in preserving sources and references and the importance of preserving valuable cultural treasures and making them accessible to researchers, academics, students and others in light of the digital transformation; Noting that knowledge in its various forms contributes to the consolidation of the knowledge economy to reach the future and maintain progress, and also emphasized the importance of bilateral relations between the Archive, the National Library and cultural and archival institutions in Syria. Abdullah Majid Al Ali presented the National Archives and Library’s publications documenting the history and heritage of the United Arab Emirates and the Gulf region to the Al-Assad National Library in Damascus, due to the importance of providing these publications to the library’s pioneers of researchers and those , who are interested in the history of the UAE, its pioneering unit experience and its bright present.

The two sides emphasized the importance of preserving cultural heritage as a fundamental pillar of national cultural identity, and it is the main supporter of knowledge economy policies and strategies; This is what necessitates its preservation and sustainability by documenting and preserving it for future generations.

The Syrian ambassador Ghassan Abbas pointed to the importance of twinning between the archive and the national library of the United Arab Emirates and the institutions dealing with archives, heritage and culture in the Syrian Arab Republic and the exchange of publications between them, and explained the importance of cultural participation of thought and knowledge pioneers and Syrian talents in the major events and activities that the archive and the national library plan to organize. Points out the importance of signing a memorandum of understanding that strengthens cultural cooperation between the two brotherly countries.

Abbas praised the National Archives and Library’s role in preserving the nation’s memory and the importance of what it provides of documented historical information about the United Arab Emirates in its qualitative publications that enrich the Arab library and preserve the history of the Emirates. and the Gulf region for generations.