The Philippine consul praises relations with the Emirates 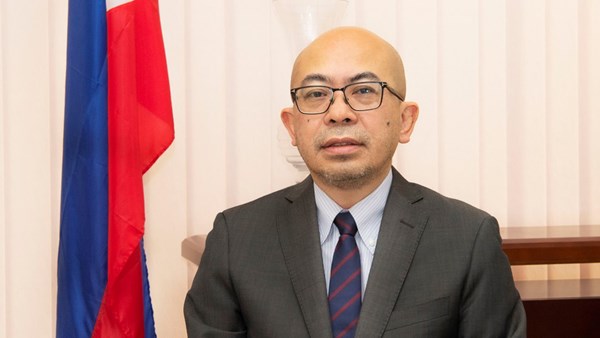 Reinato Nir Duinas, Consul General of the Republic of the Philippines in Dubai and the Northern Emirates, praised the relations between the country and the Emirates, which are strong in the economic, commercial, cultural and social fields. The general consul of the Philippines confirmed the development of bilateral relations between the two countries during the last decade. It was a success for the Dubai 2020 international exhibition and the ongoing negotiations regarding the Comprehensive Economic Partnership Agreement were announced during the event, which boosts investment flows and creates new business opportunities.
And Reinato Nier Duinas welcomed the humanitarian initiatives carried out by the UAE, which are aimed at strengthening relations with the country, which benefits the Filipino people, as well as the amount of care that the UAE government gives to the various nationalities residing in the country, and the Philippine community is one of the largest communities hosted by the UAE. لافتاً على كرم الضيافة دهمي به عمرايتا في فريد من التعيش السلمي و تعليق و قبول اختر. He pointed to the celebration organized by the Philippine community in Dubai last month, on the occasion of Eid al-Fitr, with the presence of Sheikh Nahyan bin Mubarak Al Nahyan, the Minister of Tolerance and Cooperation, which shows the depth of the relations between the two countries and their development.

the two-way trade
The Philippine Consul confirmed that the numbers show an upward trend in terms of the volume of bilateral trade and investment between the two countries over the past years 2020 and 2021, as well as the trend towards more direct investments by the Emirates in the Philippines, especially in the field of renewable energy. The UAE is the largest exporting partner for the Philippines in the Middle East, as the volume of trade between the two countries increased by 34.7% to 3.5 billion dirhams/951 million dollars/ in 2021, compared to 2.6 billion dirhams/705 million dollars/ in 2020.