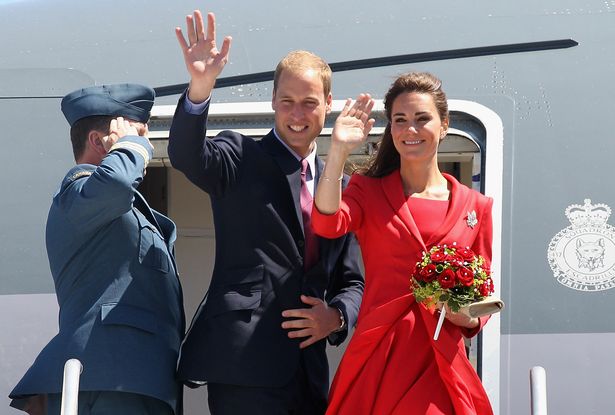 Prince William and Kate Middleton seem to refuse to follow a particular royal rule when traveling.

The Duke and Duchess of Cambridge are set to embark on a royal tour of Jamaica, Belize and the Bahamas from Saturday March 19, to mark the Queen’s historic Platinum Jubilee.

The trip marks the couple’s first joint overseas tour since before the start of the Covid pandemic two years ago, when William and Kate made separate trips to the United Arab Emirates and Denmark respectively earlier this year .

The Cambridges’ three children, Prince George, Princess Charlotte and Prince Louis are not expected to join their parents on their upcoming tour.

If for some reason the children were to join them, a strange royal travel rule would come into play that would prevent Princes William and George from flying together.

Indeed, during a plane trip, the heirs to the throne are supposed not to fly together in the event of an accident.

The rule is believed to be slightly outdated, stemming from previous decades when flying was not considered as safe as it is now.

This is why the Cambridges appear to have ignored said rule, with Prince George having previously flown with his parents on royal visits abroad on several occasions.

George joined his parents on his first official overseas tour in 2014 and flew with them to New Zealand and Australia.

And since William and Kate welcomed Princess Charlotte in 2015, George has also been joined on the flights by his younger brother.

The UKTN has contacted the Duke and Duchess of Cambridge for comment.

To stay up to date with all the latest news, be sure to sign up for one of our newsletters here.

University of Manchester appoints New Director of IT Services