Following its Middle East debut in the United Arab Emirates, W16 Mistral’s next journey takes it to Riyadh. The incomparable roadster tours the sights of the capital of the Kingdom of Saudi Arabia ahead of an exclusive preview event at the Bugatti Riyadh showroom.

While in the thrilling Saudi capital, W16 Mistral’s first stop was the King Abdullah Financial District, an area of towering buildings structured around a natural green riverbed, known in Arabic as a ‘wadi’. The surroundings perfectly embody the philosophy of the W16 Mistral1 where past meets the future; the ‘X’-shaped taillights hint at the future of Bugatti design, while the black and yellow-themed interior pays homage to the favored colors of the company’s founder, Ettore Bugatti.

From the modern metropolis to the elegant setting of the Ritz Carlton Riyadh, the W16 Mistral explored the many identities of the city. With the hotel’s ochre facades and verdant gardens, filled with ancient olive trees from Lebanon, it provided a perfect backdrop – reminiscent of grand Arabian residences – for the timeless elegance of the W16 Mistral. This elegant roadster introduces an entirely new vision for Bugatti design, led by a new wider, deeper and more three-dimensional horseshoe grille, as well as a completely reinterpreted open-air Bugatti C-line, which wraps around the side air intake. It now connects into the top edge of the side windows and then three-dimensionally transforms across the top edge of the windscreen. 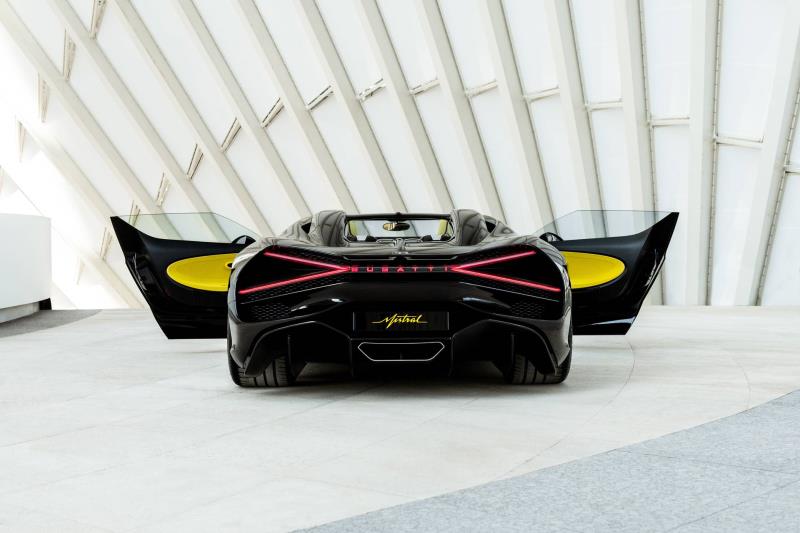 Named after a one-of-a-kind wind that heralds the new seasons in southern France, the supremely powerful 1,600 PS W16 quad-turbo Bugatti W16 Mistral is a final roadgoing swansong for the W16 engine. It blends incomparable levels of performance with a timeless design that is both recognizable in its modernity but also in its homage to a long lineage of Bugatti roadsters. W16 Mistral’s last stop will be the Bugatti Riyadh showroom, which is operated by SAMACO Automotive – Bugatti’s official partner in the Kingdom of Saudi Arabia. The flagship site, one of the newest Bugatti showrooms in the world, is located within one of Riyadh’s most sought-after districts. The showroom is set to host an exclusive preview event for select customers to experience first-hand the myriad bespoke details that set the W16 Mistral apart. 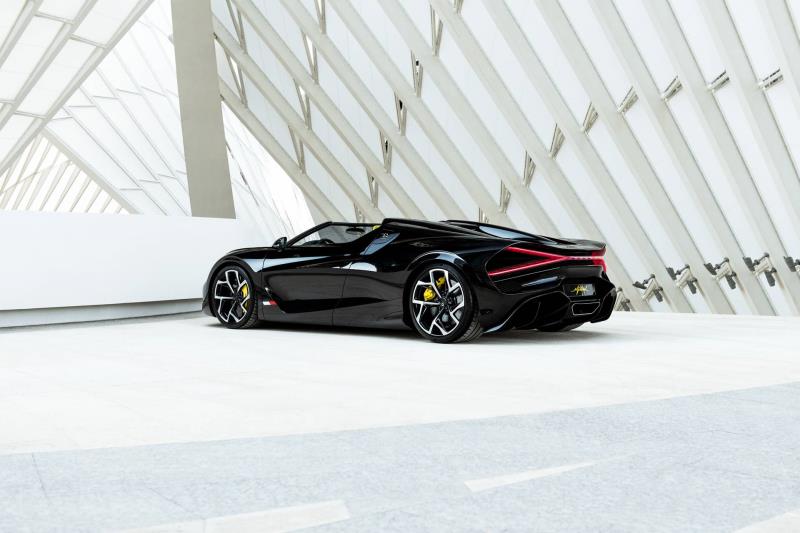 Kostas Psarris, Regional Director Middle East & Asia at Bugatti, said: ‘Saudi Arabia continues to grow as a vibrant hub for international trade, and as it grows so too does the enthusiasm for the hyper sports cars of Molsheim. For many years, the residents of the Kingdom have admired the incomparable heritage, craftsmanship and performance of Bugatti and we’re honored to be able to bring our ultimate roadster to the Kingdom for a rare glimpse at this incomparable car.’

Bugatti Riyadh was opened in 2021 in partnership with SAMACO Automotive to cater for the numerous Bugatti owners already in the Kingdom. Bugatti had previously hosted drive events in Saudi Arabia, as customers explored the dynamism of the Chiron Pur Sport2 on the coastal roads of Jeddah and the rolling horizons around the city of Riyadh. Bugatti also chose Saudi Arabia as the Middle Eastern location to debut the Chiron Sport3 ‘Les Legendes du Ciel’ – an exclusive edition paying homage to legendary French pilots central to Bugatti’s history and enduring legend. Bugatti first unveiled the W16 Mistral to the world at The Quail, A Motorsports Gathering during Monterey Car Week in the USA in August, before it then debuted in Europe at Chantilly Arts & Elegance. Bugatti’s latest hyper sports car has been touring the Middle East since then, with the Arabian Peninsula one of the most important regions in the world for Bugatti.

These visits give guests an exceptionally rare opportunity to catch a glimpse of the W16 Mistral, with all 99 examples – priced at 5 million euros (net) each – already secured by Bugatti customers. 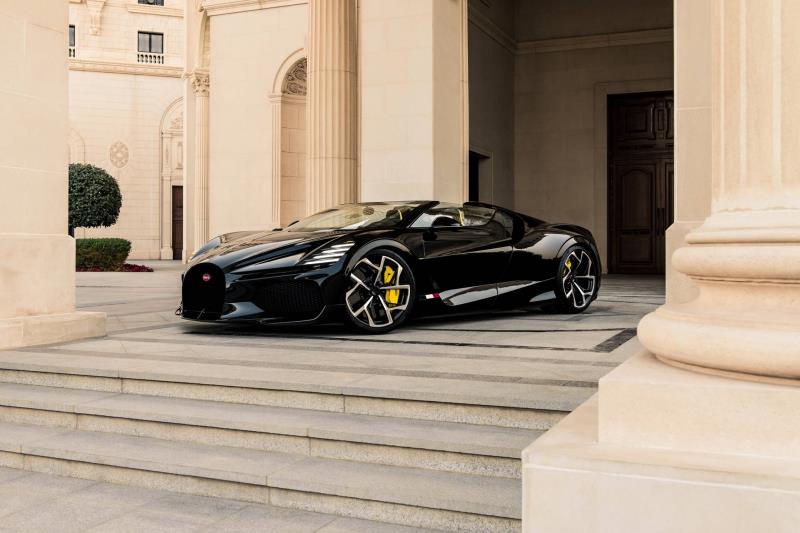 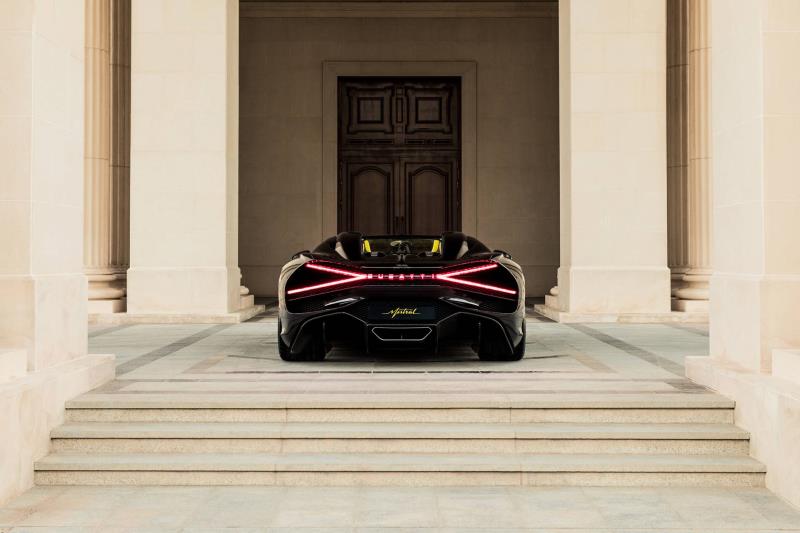 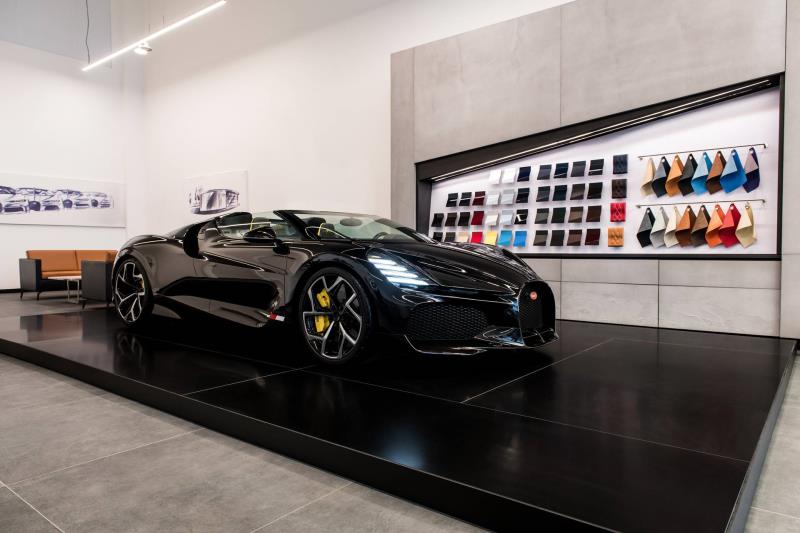 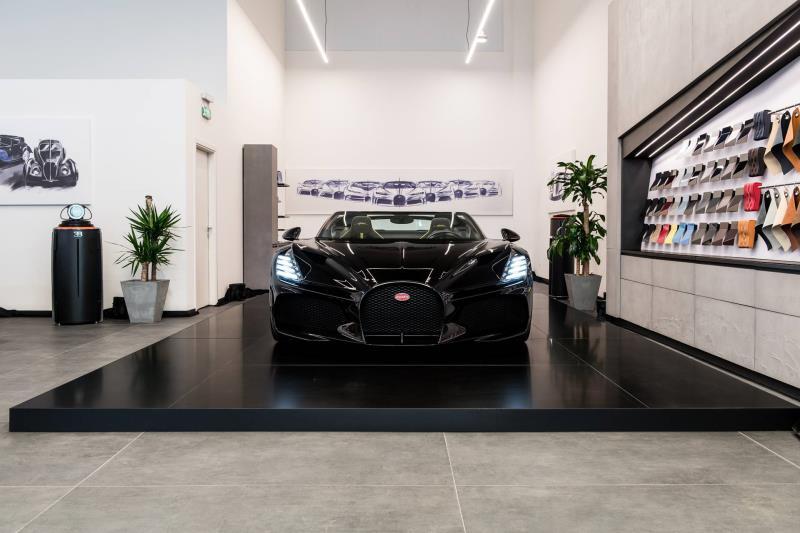 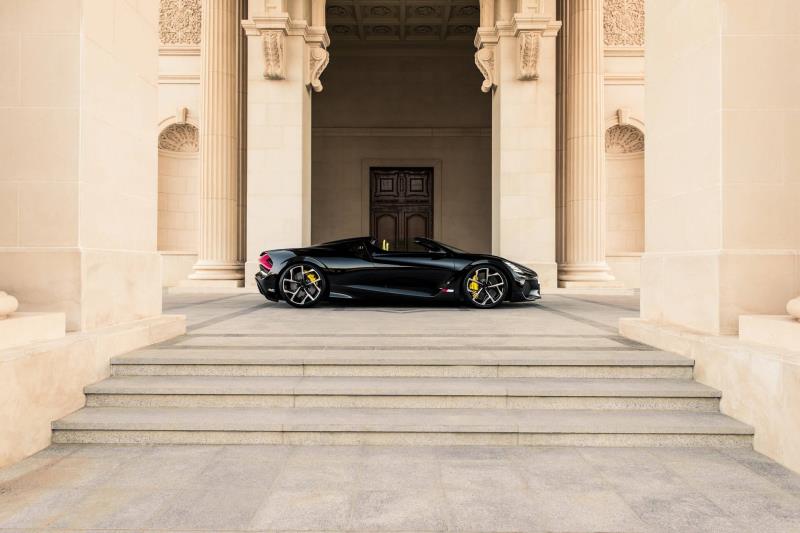 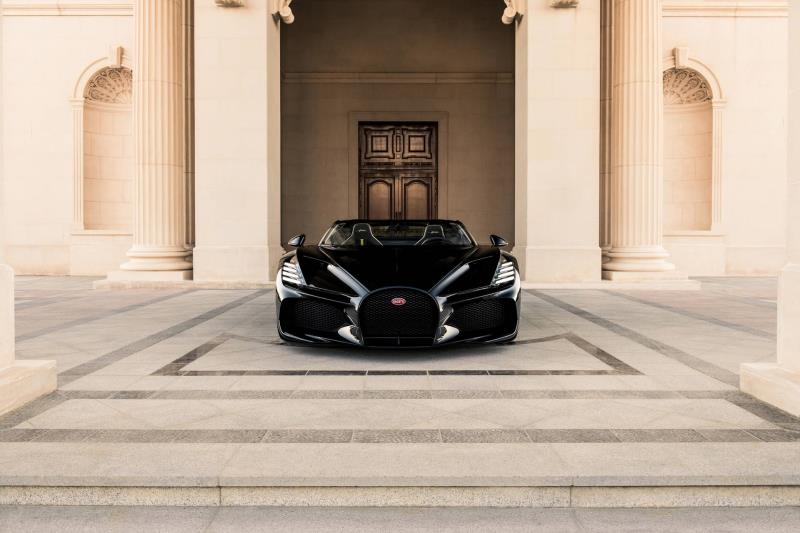 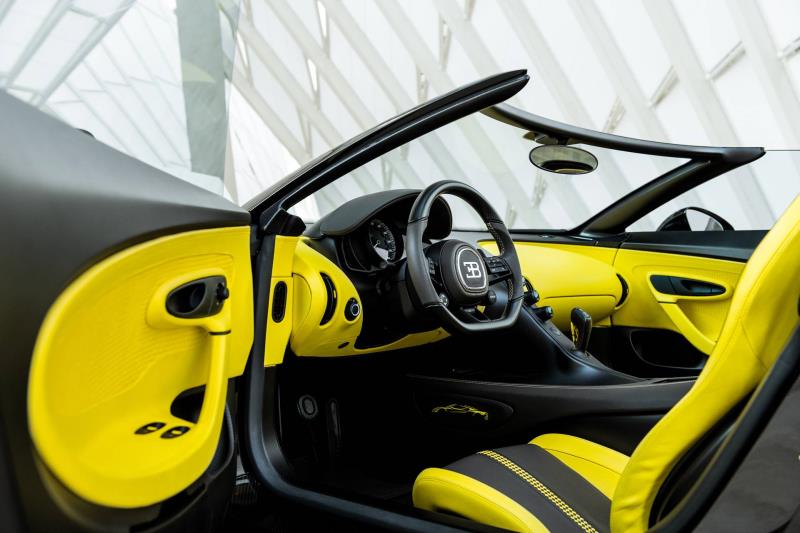 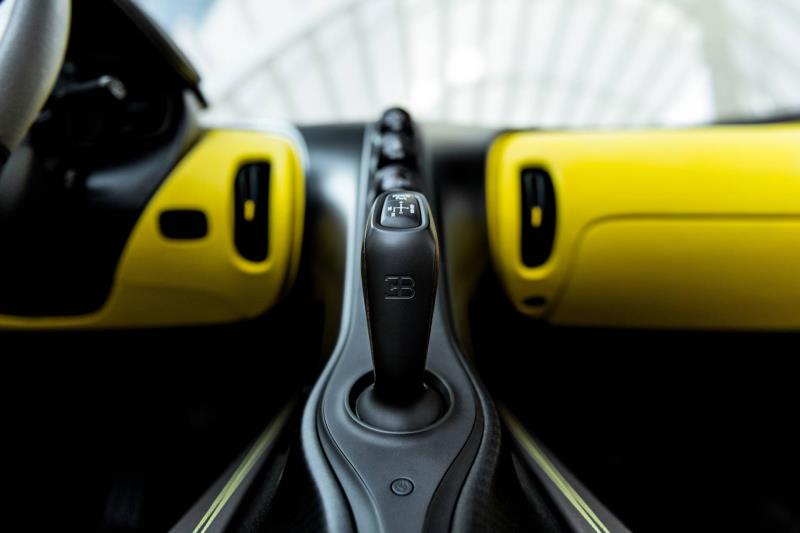 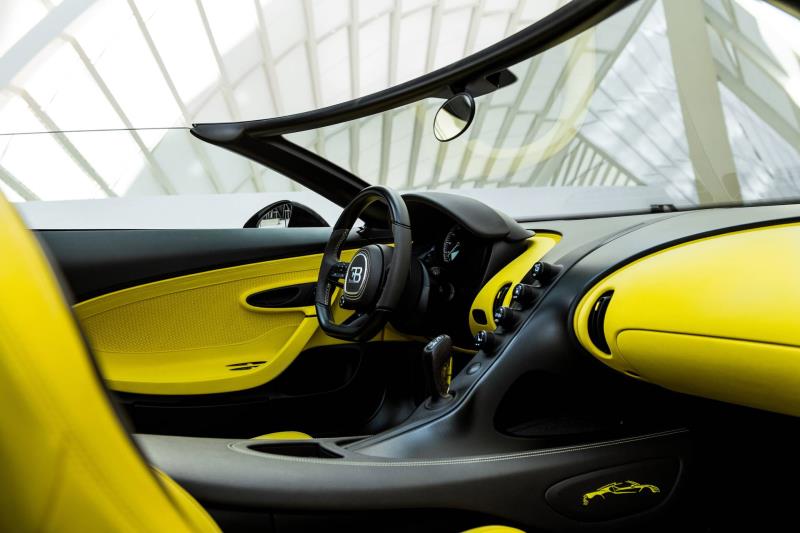 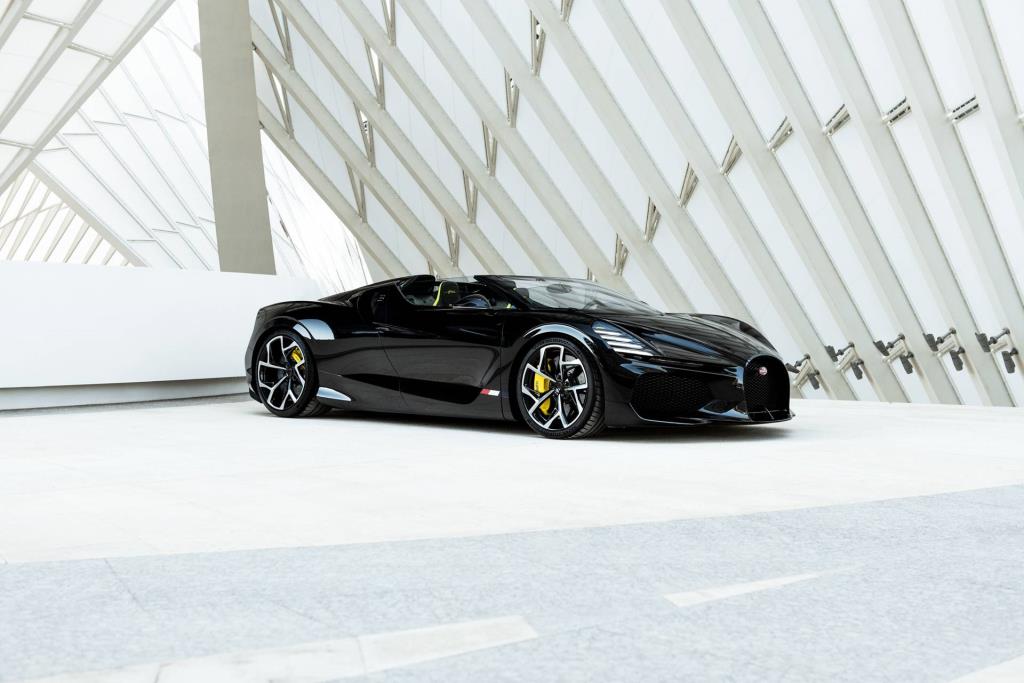