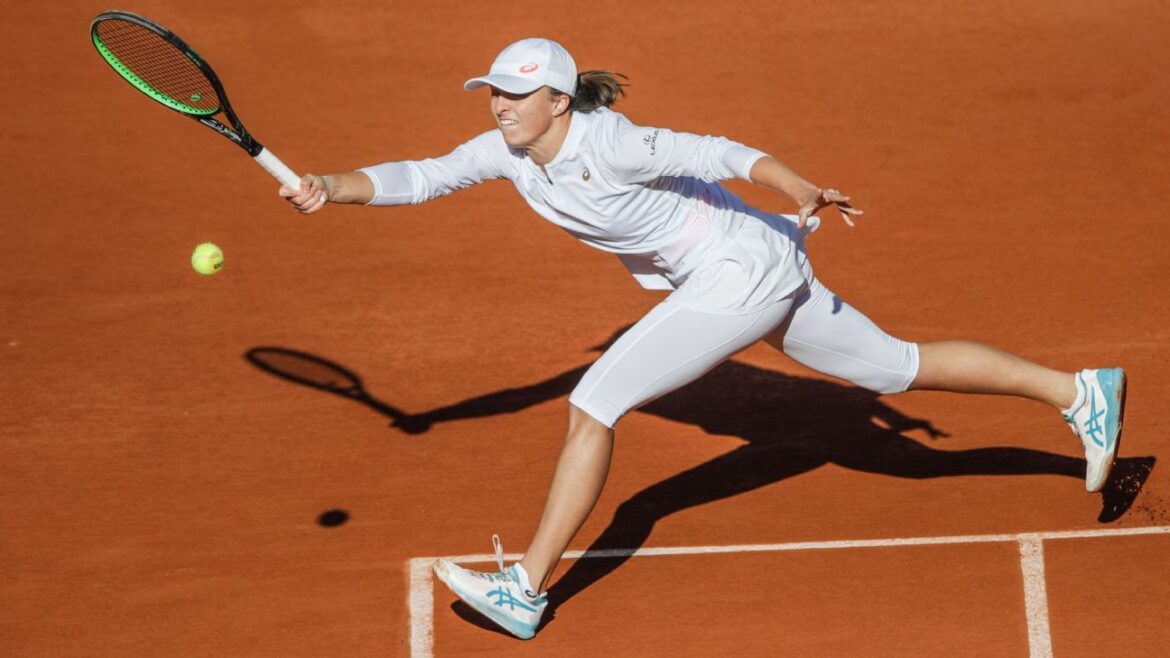 MADRID — Top-ranked Iga Swiatek withdrew from the Madrid Open on Wednesday because of a sore arm.

Swiatek, 20, who has won four titles in a row, was going to be the top-seeded player in the women’s draw for this week’s clay-court tournament.

“It’s time to take care of my arm that has been fatigued since the Miami Open and I haven’t had a chance to handle it properly,” Swiatek, of Poland, tweeted. “I need a break from playing so intensively in order to treat my arm well.”

Swiatek won the Stuttgart Open on Sunday to add to titles in Doha, Indian Wells and Miami. Her winning run is at 23 matches.

“My body needs rest,” she said. “I’m going to take some time to prepare for Rome and Paris. Hopefully, I will play in Madrid many times in the future.”

The second-seeded player in Madrid before Swiatek withdrew was Paula Badosa.