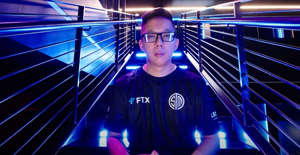 Following TSM’s early exit at the GAMERS GALAXY: Invitational Series Dubai 2022, the Dota 2 roster are donating their winnings to CARE’s Ukraine Crisis Fund, which pledges to provide Ukrainians with essential items during the ongoing Russian invasion. TSM is also matching its Dota team’s donation to total $16,350 in aid.

“I’ve been in Ukraine multiple times because of Dota events and the people there are nothing short of amazing,” TSM captain David “MoonMeander” Tan Boon Yang tweeted. “Their resilience during these testing times are truly inspirational and we as a Dota team wanted to show our support. Slava Ukraini.”

TSM only recently entered the Dota competitive scene, signing the Team Undying roster at the end of the 2022 Dota Pro Circuit Winter Tour. Following that acquisition, the team went on to win the Winter Tour Regional Final for North America, overcoming Evil Geniuses and Quincy Crew for the first time in the same event.

This won’t be the last donation made from the Invitational Series Dubai, as Team Spirit has already promised it will donate its winnings to the International Red Cross Movement, which will be a larger amount as they have already qualified for the top four.