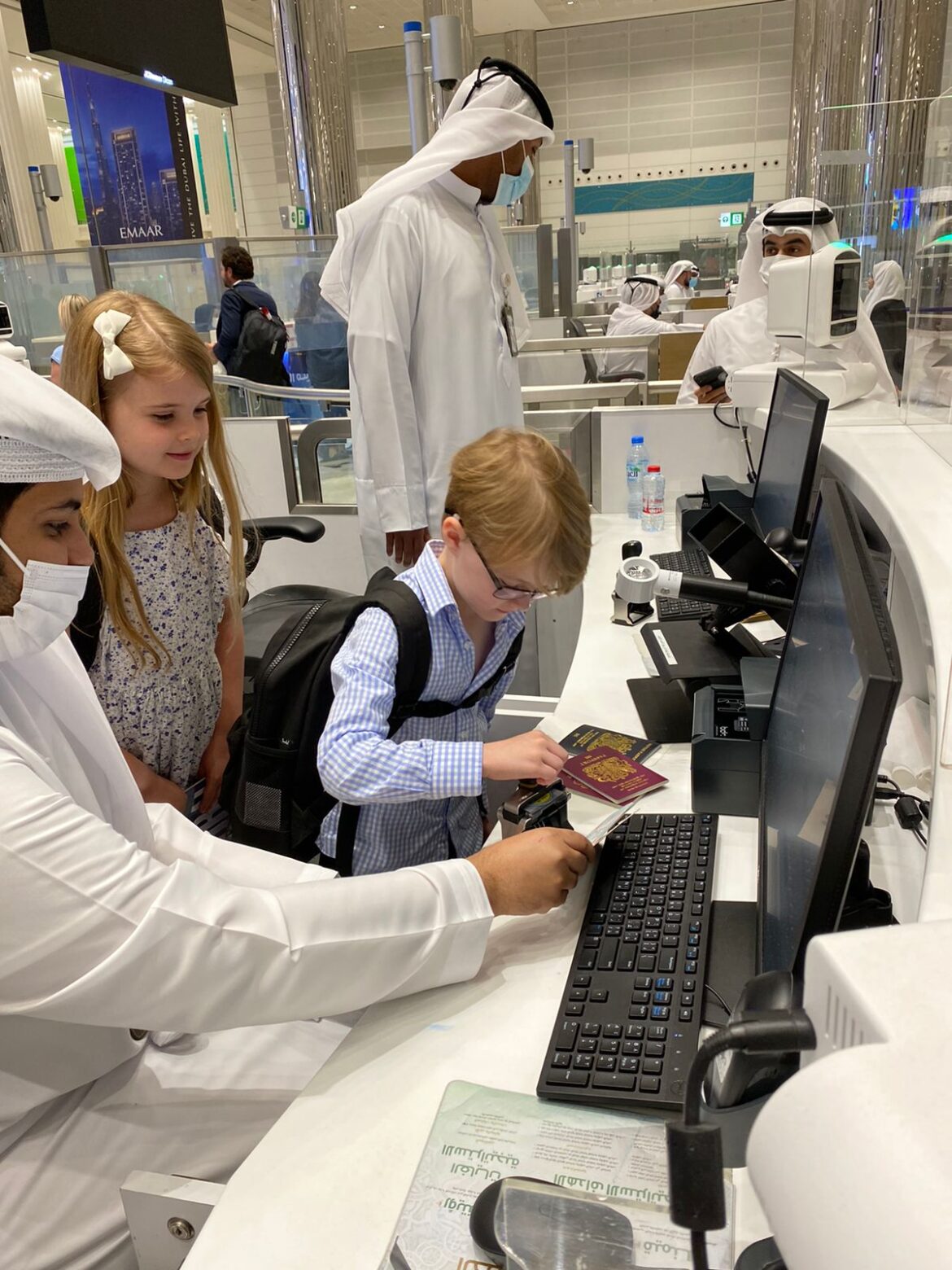 The Director General of the Directorate General of Residency and Foreigners Affairs in Dubai, Lieutenant General Mohammed Al Marri, surprised two British siblings by allowing them to enter the passport control platform at Dubai Airport to stamp their passports themselves, in a gesture that was welcomed. with a state of joy and happiness.

Thomas Williamer, father of the two children, Isabel, 9, and Charles, 6, said the family was returning to Dubai after a holiday in the UK and while waiting in front of the passport control platform, the two children expressed. their curiosity about what the immigration officers and employees are doing inside the platform.

This coincided with Lieutenant General Muhammad Al-Marri going on an inspection tour to inspect the administration’s workflow at Dubai Airport. He exchanged greetings with the two children and surprised them by taking them inside and explaining to them the role of the two children. Officials in the passport department and even allow them to stamp their passports themselves.

The father of two confirmed that it was a wonderful gesture by any standards, not surprising for Dubai, where he has lived with his wife Claire for 18 years and the birth of his two children there, and expressed his great appreciation to team Mohammed. Al-Marri and the men from the General Directorate of Residency and Foreigners Affairs.

He pointed out that Lieutenant General Mohammed Al-Marri himself explained the details of the work to the two children and emphasized that the passport control officials at Dubai Airport are a wonderful front, with their great kindness in dealing with travelers and quick completion of transactions.