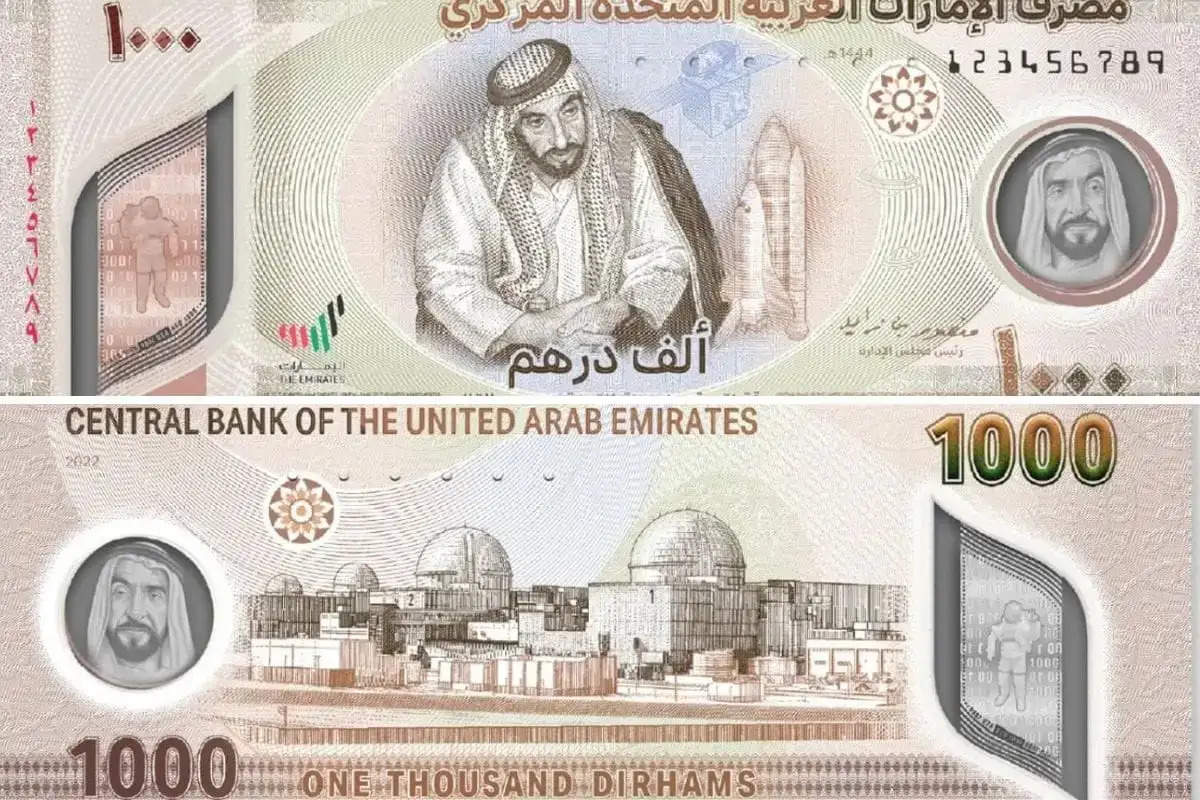 Abu Dhabi: The UAE Central Bank launched a new currency note on the occasion of the 51st National Day celebrations. The UAE Central Bank released a 1000 dirham note on Friday. Abu Dhabi’s Barakah nuclear power plant and the UAE-launched Hope probe for Mars exploration have been included in the note along with Sheikh Zayed, the UAE’s father of the nation.

At the same time, the UAE Central Bank has announced that the new notes will reach the people in the first half of next year, but the current one thousand dirham notes will continue to be valid. The note is made of recyclable polymer material. Therefore, it is more durable than paper and the notes can be used for a longer period of time, officials said.