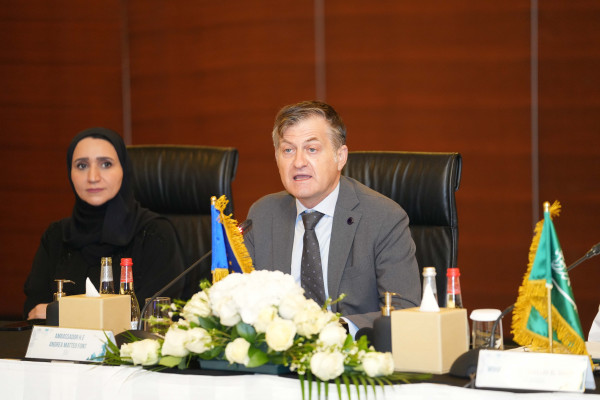 DUBAI, 30th June, 2022 (WAM) — In line with its commitment to support the security and safety of the maritime industry, the UAE hosted the 2022 high-level workshop of the amended Djibouti Code of Conduct (DCoC) concerning the repression of piracy and armed robbery in the Western Indian Ocean and the Gulf of Aden area.

The workshop was held between 28th-30th June, 2022, at the Intercontinental Festival City hotel in Dubai, in the presence of Suhail bin Mohammed Al Mazrouei, Minister of Energy and Infrastructure.

The workshop witnessed the presence of around 80 officials, including ministers, representing 17 countries. There were also representatives from ‘Friends of DCoC’ which includes international agencies and countries including France and the USA were present.

The latest amendment to the Djibouti Code of Conduct was adopted at the 2017 Jeddah meeting by countries in the Western Indian Ocean and the Gulf of Aden area.

The Jeddah Amendment, which was developed from the initial version of the DCoC, covers measures to tackle a range of illicit activities, including piracy, arms trafficking, trafficking in narcotics, illegal trade in wildlife, illegal oil bunkering, crude oil theft, human trafficking, human smuggling, and illegal dumping of toxic waste in regional and international waters in the region.

Commenting on this significant meeting, Hassan Mohammed Juma Al Mansouri, Under-Secretary for Infrastructure and Transport Affairs at the Ministry of Energy and Infrastructure, said, “The UAE is a leading global maritime hub with the maritime economy exceeding AED 90 billion annually. Over 25,000 commercial ships call the UAE ports every year, making it a gate to the entire region. Maritime security is a key factor to sustain economic growth. Without it, the region’s countries will face major challenges. The UAE abides by all international initiatives that aim to enhance our maritime security and suppress all forms of illegal activities. We dedicate our maritime capabilities, resources and expertise to ensure that the region is free from criminal acts and abuses against humans, the environment and the wildlife.”

Sheikh Nasser Al Qasimi, Assistant Under-Secretary for Infrastructure and Transport Regulation at the Ministry of Energy and Infrastructure in the UAE, noted, “Over the years, the emended DCoC has evolved from a piracy-centric cooperation framework into a comprehensive forum that addresses maritime security from a comprehensive perspective.”

The high-level meeting of the amended DCoC approved four main Resolutions. These include the roadmap to activate the Information Sharing Network for maritime security among the signatory states and the partners; adopting the Capacity Building Matrix to build regional capacity and meet the needs of the member states, as well as identify the role of potential donors; arranging the Trust Fund to build regional capacity; and discussing ways to enhance regional support by partners to raise the level of security of maritime routes in the region.

Members have also elected the new steering committee to follow up on implementing the resolutions and initiatives of the DCoC.

Hatta Resorts and Hatta Wadi Hub are receiving 200,000 visitors and the new season begins next September