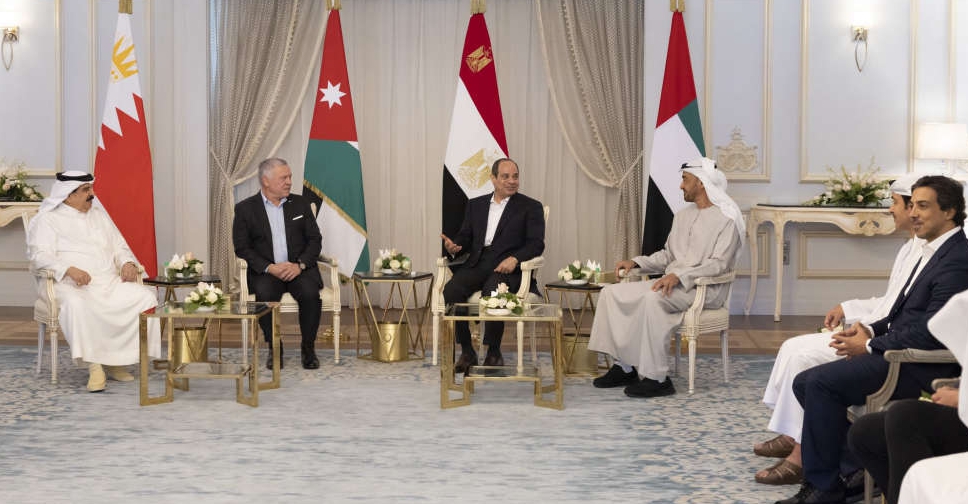 The leaders of the UAE, Egypt, Bahrain and Jordan have held talks aimed at enhancing Arab partnerships.

They also reviewed the latest regional and international developments during the meeting in Egypt’s Al Alamein City.

The leaders emphasised their keenness on continuous fraternal consultations and renewed their support for efforts aimed at enhancing peace, stability and joint cooperation at various levels.

President His Highness Sheikh Mohamed bin Zayed Al Nahyan said the UAE continues to co-ordinate with its neighbours to promote stability, development and prosperity in the region.

I was pleased to participate alongside the leaders of Egypt, Bahrain and Jordan in a productive meeting in El Alamein, Egypt. The UAE continues to coordinate with its Arab neighbours to promote stability, development and prosperity in the region. pic.twitter.com/LT2MHEwIkr