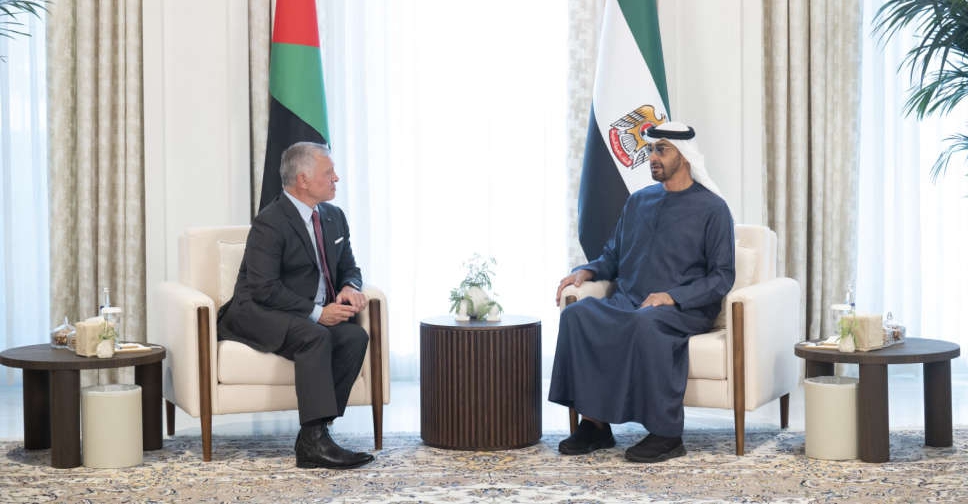 King Abdullah II of Jordan has met with President His Highness Sheikh Mohamed bin Zayed Al Nahyan during an official visit to the UAE.

During a reception at Qasr Al Shati Palace, the leaders reviewed cooperation between the two countries and the various opportunities for collaboration in political, economic, investment and developmental fields.

They also discussed how to push forward the relationship to serve the mutual interests of both countries.