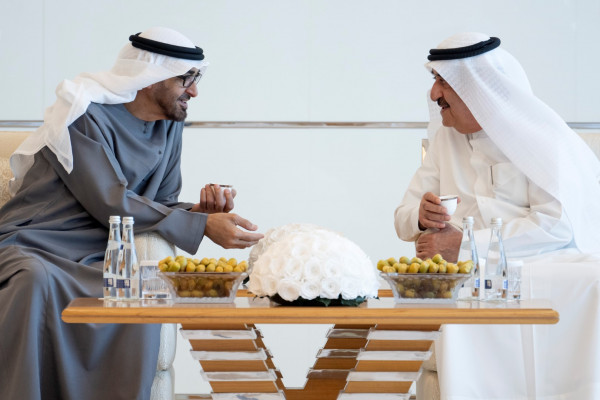 During the meeting, which took place at the Ruler’s Court, Sheikh Mohamed and Sheikh Saud exchanged cordial talk over the national causes and UAE citizens’ affairs along with all that would further improve the quality of life and welfare of all community members.

They affirmed that caring for the Emirati human capital lies at the heart of the UAE leadership’s priorities since the establishment of the nation at the hands of the Founding Fathers, who, Their Highnesses said, considered their citizens the cornerstone of the drive of development and empowerment in the country. They prayed to Allah Almighty to perpetuate stability and prosperity for the UAE people and guide the country’s leadership on the path of progress and development.