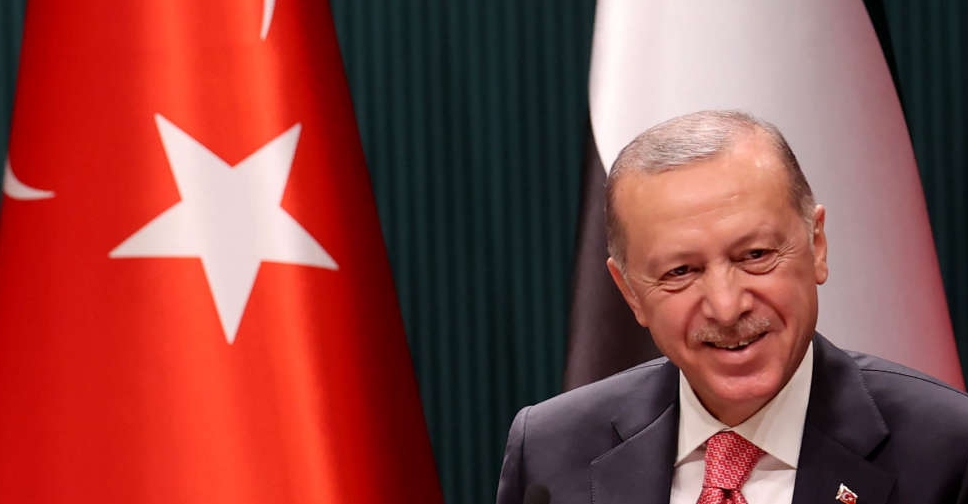 Turkish President Recep Tayyip Erdogan’s visit to the UAE on Monday reflects a significant step towards enhancing the growing strategic relations between the two countries.

The Emirati-Turkish ties witnessed a qualitative leap with the visit of His Highness Sheikh Mohamed bin Zayed Al Nahyan, Crown Prince of Abu Dhabi and Deputy Supreme Commander of the UAE Armed Forces, to Ankara in November 2021, at the invitation of Erdogan.

The trip marked a landmark step towards strengthening ties, revolving around mutual interests.

The UAE leadership believes that strengthening bilateral relations between the two countries will contribute to regional stability, prosperity and peace.

The economic field is one of the key pillars of the UAE-Turkey cooperation.

In 1984, the UAE and Turkey had inked an agreement on economic and technical cooperation, which were followed by other deals that boosted the economic sector and trade.

The trade volume between the UAE and Turkey in the first half of 2021 stood at more than AED 26.4 billion, with a growth of 100 per cent, compared to the same period in 2020.

The UAE had announced in November 2021 setting up a US$10 billion investment fund in Turkey, which focuses on strategic investments in the energy, health and food sectors.

Turkey ranks 11th among the largest trading partners of the UAE, while the UAE is Turkey’s 12th trading partner globally and its largest in the Gulf region.

There are approximately 400 UAE companies in Turkey with the real estate sector topping the list of the country’s investment portfolio.

The UAE also has investments in the Turkish ports and banking and tourism sectors.

The total Emirati investments in Turkey had amounted to almost AED18.4 billion at the end of 2020, while Turkish investments in the UAE until the beginning of 2020 had exceeded AED1.3 billion.

Turkey is one of the 192 countries participating in Expo 2020 Dubai and its pavilion is situated within the Sustainability District under the slogan “Creating the Future from the Origin of Civilisations.”

Ticket prices confirmed for Museum of the Future