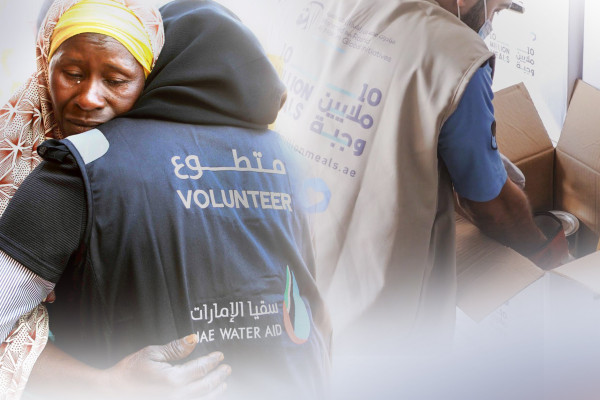 ABU DHABI, 5th September, 2022 (WAM) — The UAE has successfully promoted the concept of charity work and turned it into a community culture and an ethical rule, by capitalising on the ethical legacy of members of the community.

In this context, the UAE participated in the celebrations of the annual International Day of Charity which falls on the 5th of September.

Federal Law No. 3 for 2021 on regulating fundraising activities regulates the collection of donations in the country, protects donors’ funds, and ensures the legality of the process.

The UAE is home to several charity initiatives and campaigns implemented by relevant authorities amidst widespread popular interactions, including those aimed at addressing diseases and health problems, building mosques and digging wells, as well as urgent relief campaigns.

The country prioritises charity work, being a humanitarian value based on giving without discrimination addressed to the whole of humanity.

Dozens of charity authorities and organisations operate in the UAE, supporting needy people globally, especially during times of crisis and emergencies.

The UAE has established a regulatory and organisational framework to support charity work through several means, including volunteering, donations, and Zakat.

Emirati citizens can apply to establish a charity association through the website of the Ministry of Community Development, while residents must send their application requests to the embassies and consulates of their home countries in the UAE.

According to the UAE Government, the authorities in charge of social and humanitarian action are the Ministry of Community Development, the Ministry of Foreign Affairs and International Cooperation, the National Emergency, Crisis and Disaster Management Authority, the General Authority for Endowments and Islamic Affairs, the Abu Dhabi Social Support Authority, the Zakat Fund, the Islamic Affairs and Charitable Activities Department, the Authority of Social Contribution (Ma’an), “Social Responsibility” in Sharjah, and the Social Services Department – Sharjah.

The law only allows licenced relevant parties to collect donations, in accordance with the rules and requirements of every party wishing to collect or provide donations within the state, including free zones. The law also protects the donation process from exploitation by financial terrorism and illegal organisations.

The crimes punishable by the law regulating donations include collecting donations from the public for the purpose of helping some humanitarian cases through any type of advertising, whether via social media or websites.