Copyright 2021 - All Right Reserved
Home News UAE: Youth envision solutions to problems of the future at IGCF 2022 in Sharjah
News

UAE: Youth envision solutions to problems of the future at IGCF 2022 in Sharjah 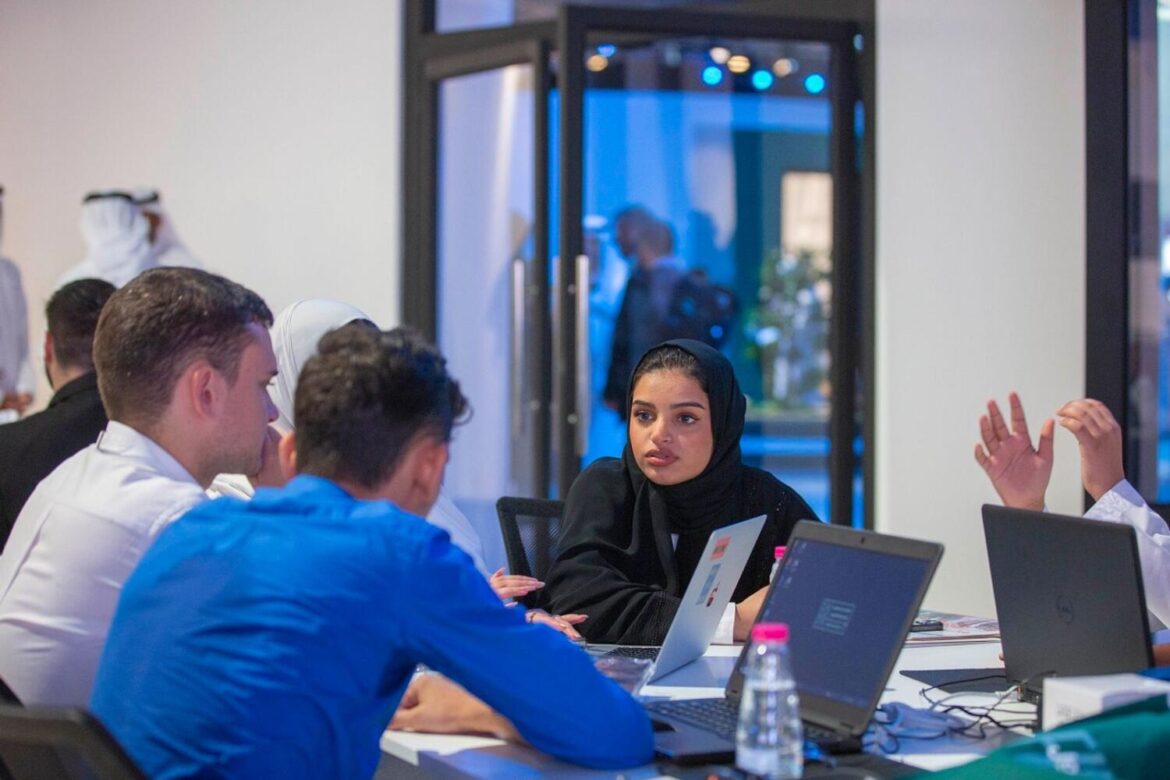 “The future is already here; it’s just not very evenly distributed,” Leanne Fry, partner and facilitator of Smart Humans, an Australia-based digital training firm, said. She was quoting writer William Gibson on the inaugural day of the 11th edition of the International Government Communication Forum (IGCF), on Wednesday, which is hosting the Middle East’s first ‘Future Worlds Challenge’ on its prestigious platform.

Fry was encouraging a forum of youngsters to come up with three important technological innovations to ensure sustainability of human life on Earth.

The challenge is the culmination of a five-day brainstorming session which was organised as part of the pre-forum activities.

The two-day IGCF 2022 is taking place in Expo Centre Sharjah, September 28 – 29. The leading regional forum is hosting this challenge in a bid to establish a pioneering platform in the region for young creatives and technology enthusiasts to dabble in artificial intelligence (AI) applications and turn their ideas into projects that will benefit communities worldwide. 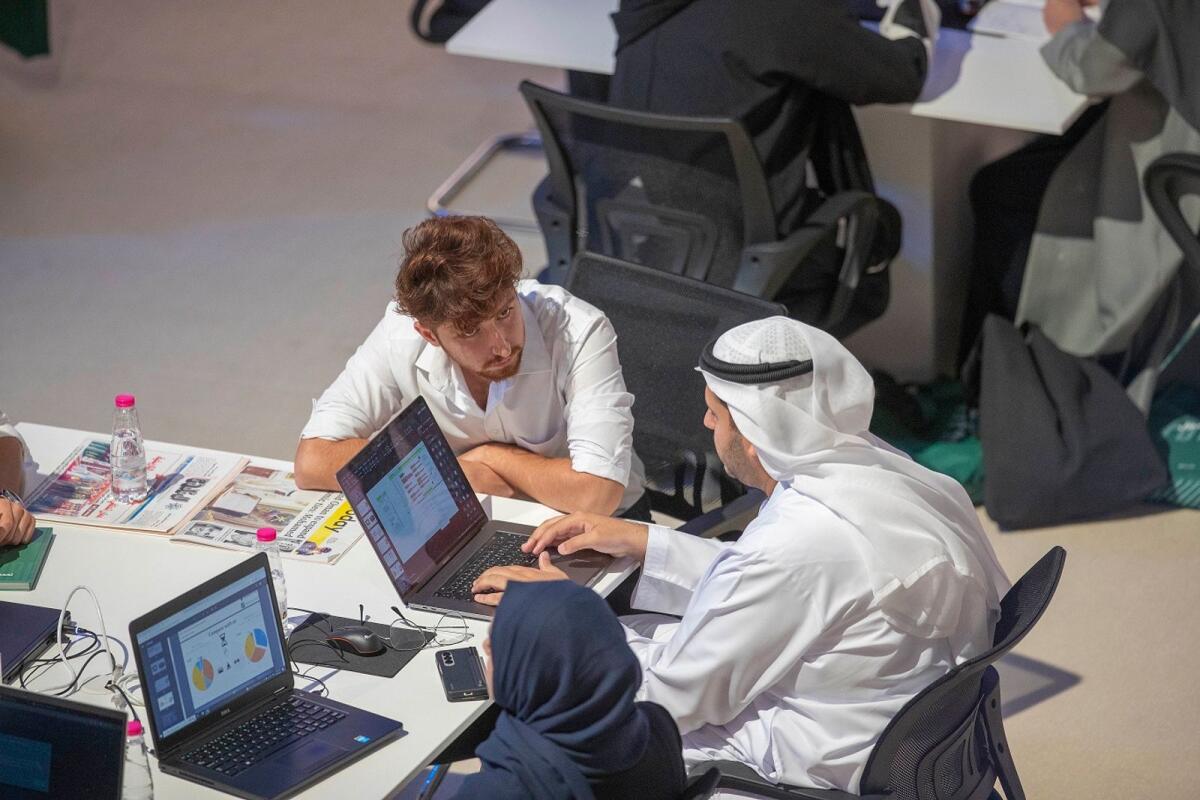 The session on September 28 presented youth with a quick-learning environment for finding solutions to daily problems. Participants explored how virtual assistants like Alexa and Siri could solve day-to-day problems such as waste management, poverty alleviation and time management. They worked in teams of 5-7 members and presented their pitches to the Smart Humans trainers to design the world of tomorrow, using Amazon Alexa, thus helping to formulate software-assisted conversations and envisioning potential future scenarios in the world of tomorrow.

Three finalists were chosen to make final project presentations on the IGCF 2022 stage to an expert panel, which they did in a session titled “Brave Discussions”. The winner will be announced at the Sharjah Government Awarding Ceremony on Thursday. 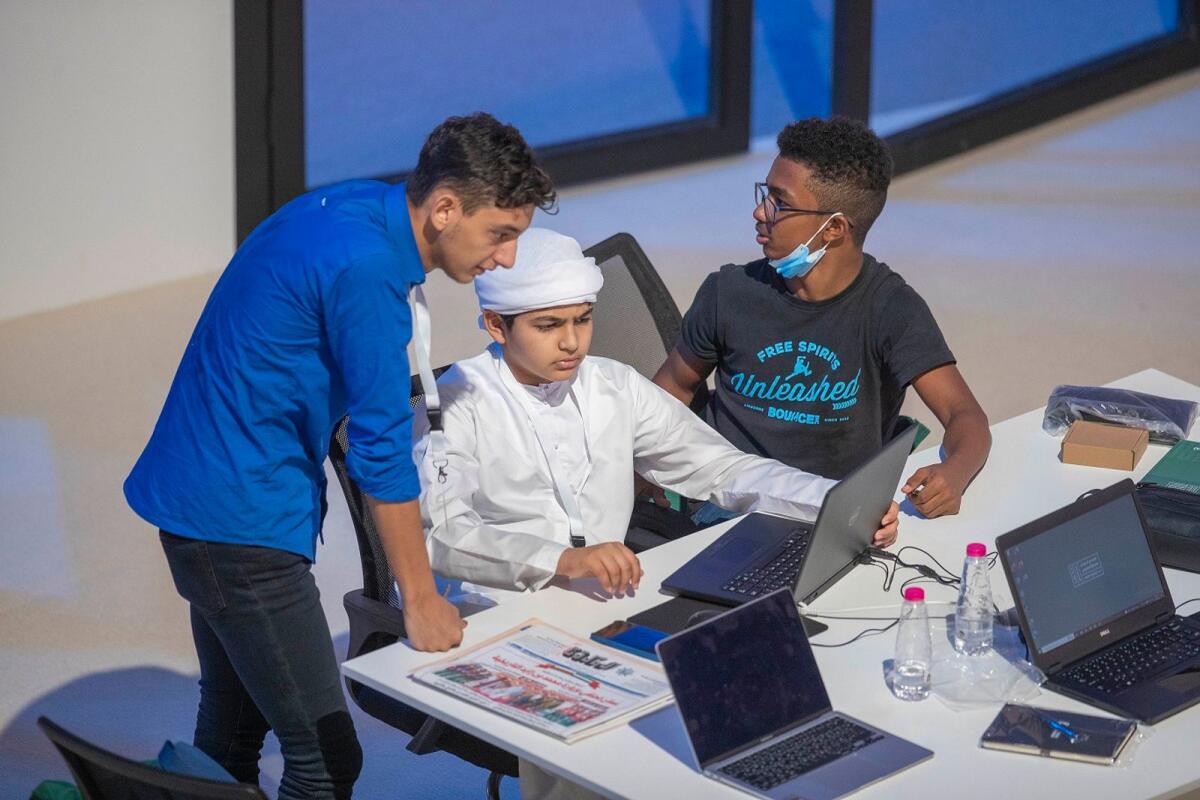 “We have taken them through a process of thinking about their mindset, of all the elements in the world including the environment, people, sustainability and climate, as well as technology and how they want to use it. We got school students, their teachers, college students, and also some government officials to attend this session so that young people understand adult perspectives and both learn from each other,” noted Fry who is also Chief Innovation Officer at AUSTRAC, a financial intelligence agency in Australia. Smart Humans, which has been active since 2017, seeks “to make humans thoughtful users of technology, not mindless consumers”, the digital executive