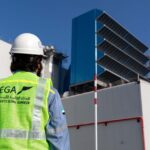 Upon completion, power output from the four turbines is expected to increase by up to 72 megawatts for the same amount of fuel consumed, according to a statement.

For the previous power output, greenhouse gas emissions will be reduced by up to 74,000 tonnes annually, which is equivalent to removing 16,000 cars from the UAE’s roads.

“We are pleased to work with GE to further upgrade the Al Taweelah power plant, and contribute to reducing the carbon intensity of electricity generation in the UAE,” Abdulnasser Bin Kalban, CEO of EGA, said.

The partnership represents a continuation of the services that GE has already been providing at the site since production began in 2009.
Main category: Business & EconomyTags: UAEclimate