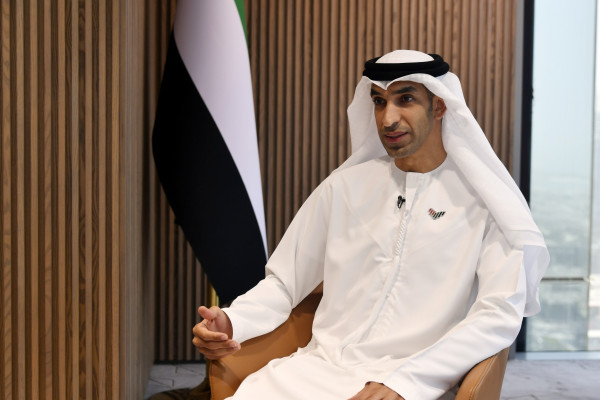 DUBAI, 22nd August, 2022 (WAM) — Dr. Thani bin Ahmed Al Zeyoudi, Minister of State for Foreign Trade, expected a significant growth in the UAE’s non-oil foreign trade, especially with the signing and activation of comprehensive economic partnership agreements (CEPAs) with a number of countries by the end of this year.

In an interview with the Emirates News Agency (WAM), Dr. Al Zeyoudi said that this is in line with the forward-looking vision of the UAE’s leadership, which aims to expand the scope of the country’s trade with the entire world and enhance its position as a major contributor to doubling the national economy by 2030.

He described the breakthrough achieved in the UAE’s foreign trade figures during the first half of 2022, which exceeded AED1 trillion, a growth rate of 17 percent over the last half of the year, as unprecedented.

Dr. Al Zeyoudi stressed that these figures are the outcome of the efforts of the UAE’s leadership, the country’s legislative structure, and the plans aimed at enhancing the country’s cooperation with other countries through signing comprehensive economic partnership agreements (CEPA), in addition to investing in local and international infrastructure, ensuring access to international supply chains for exports and re-exports, and strengthening the country’s stature as a key global gateway for trade.

These unprecedented figures also highlight the growing international demand for the Emirati market, due to its attractive investment environment, Dr. Al Zeyoudi said. The country is continuing to strengthen its international partnerships with strategic markets around the world, he added, highlighting the rise in its trade with India by 20 percent following the signing of a CEPA between the two countries, in addition to the cooperation relations with the African countries and the Republic of Türkiye.

Al Zeyoudi expected a significant surge in trade growth, especially with the signing of CEPAs with Indonesia and Israel in 2022. Emirati products will reach a large market of nearly 1.7 billion people, including 1.4 billion people in India, which will nearly double the size of the national economy by 2030, he noted.

Foreign trade is an integral part of the national economy and a key indicator of the success of the country’s economic diversification policies and the development of its economic sectors, amidst the rapid global economic recovery in oil prices, which will have a positive effect, he further added.

MoHAP becomes first entity in MENA region to get ISO 37000:2021 Governance of organisations from BSI