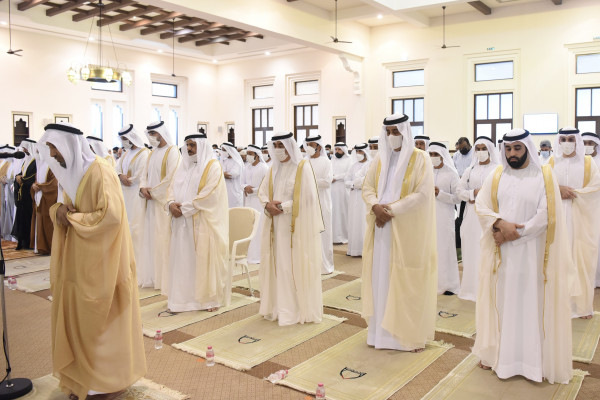 Sheikh Mohammed Ibrahim Humaid led the prayer and delivered the Eid Al Fitr sermon, highlighting the importance of renewing the bonds of love, compassion and cooperation between all people.

He also prayed to Allah the Almighty to rest the souls of the late Sheikh Zayed bin Sultan Al Nahyan, the founding rulers and the UAE martyrs in Paradise.