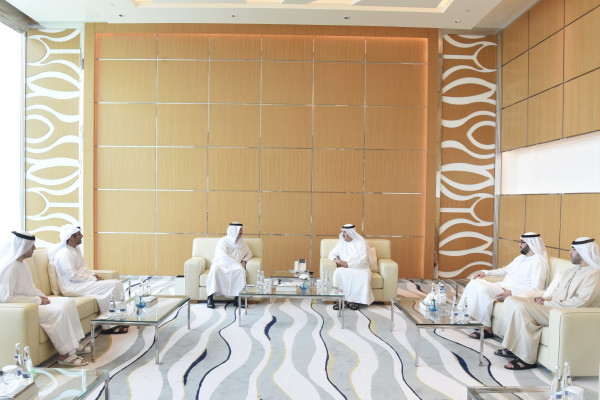 During the meeting – which was attended by H.H. Sheikh Rashid bin Saud bin Rashid Al Mu’alla, Crown Prince of Umm Al Qaiwain, at the Emiri Court – Sheikh Saud wished the Consul-General success in his mission, praising his role in promoting the UAE-Kuwait ties across all levels.

Al-Rashidi, in turn, thanked the UAE government and people for their warm welcome and support during his tenure, commending the UAE’s overall development, which enabled it to attain a pioneering global stature.

The meeting was attended by a number of Sheikhs and senior officials.