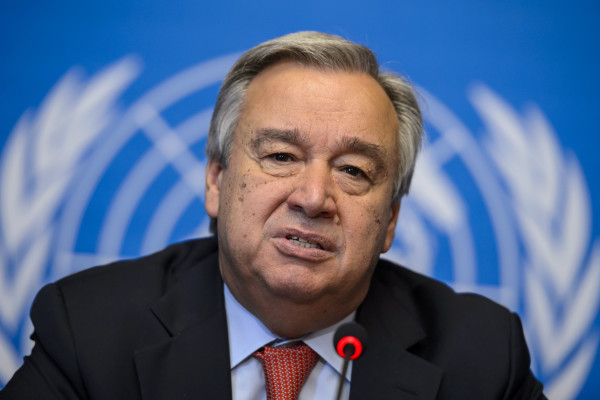 Ships carrying grain have been leaving there under a recent UN-brokered agreement, and Guterres said Odesa was a symbol of what countries can achieve when they work together for the common good.

The UN chief issued a special call to rich nations on behalf of vulnerable people everywhere who are bearing the brunt of the global food crisis.

“As these ports open, I appeal for wealthier countries to also open their wallets and their hearts. After all, the movement of grains doesn’t mean much to countries that cannot afford it,” he said.

“It is time for massive and generous support so developing countries can purchase the food from this and other ports – and people can buy it. Developing countries need access to financing now. They need debt relief now.  They need resources to invest in their people now.”

While no one ever expected the agreement would equal “smooth sailing”, it is unprecedented both in scope and scale, he said, adding that there is still a long way to go.

Guterres explained that getting more food and fertiliser out of Ukraine and Russia is crucial to further calm commodity markets and lower prices.

“But let’s not forget that what we see here in Odesa is only the more visible part of the solution.  The other part that is also important, that we have been defending, relates to the unimpeded access to the global markets of Russian food and fertiliser, which are not subject to sanctions.”

It is important that all governments and the private sector cooperate to bring them to market, because “without fertiliser in 2022, there may not be enough food in 2023”, he warned.

The Secretary-General underlined his deep commitment to these objectives, which he said will only happen if all parties cooperate.