US company Assouline to publish six-book homage to Saudi Arabia 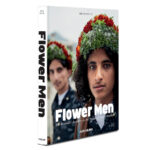 Thu, 2022-04-07 12:01
DUBAI: US company Assouline announced on Wednesday that it will publish in May six books paying homage to Saudi Arabia’s history, including the culture of its people, diverse flora and fauna, and the role oil has played in the Kingdom’s rise to world prominence.

The series features the work of leading artists and photographers, with each volume dedicated to a single theme.

Read on for the books.

This book honors one of the best-kept secrets of Arab civilization, the tribe of the Flower Men, who have for centuries lived in the Asir province, a mountainous area of Saudi Arabia.

This volume is dedicated to Jeddah, the second-largest city in the Kingdom and a UNESCO World Heritage site. It outlines both the history and contemporary changes in this most vibrant of cities.

This publication, which features pictures by photographers Aline Coquelle, Ameen Qaisaran, Afnan Alkhayat, Mohammed Al-Sharif and Yarob Bashrahil, explores the sea that borders eight different countries, with its varied and rare aquatic life, and the role it has played in the journeys of travelers over the centuries.

This book is dedicated to the importance of petroleum in the life of humans, and how it shaped Saudi Arabia into becoming one of the world’s most powerful nations.

This volume portrays Al-Ahsa, the largest oasis on earth covering 8,500 hectares, and which is also a UNESCO World Heritage site.

The region possesses breath-taking landscapes and exemplifies the relationship between culture and natural heritage.

This part of the series explores the diverse and silent vastness of the Empty Quarter, known in Arabic as Ar-Rub Al-Khali. It is one of the most arid regions of the Arabian Peninsula, and is also known as the world’s largest land sea.
Main category: LifestyleArt & CulturebooksTags: AssoulineSaudi Arabia