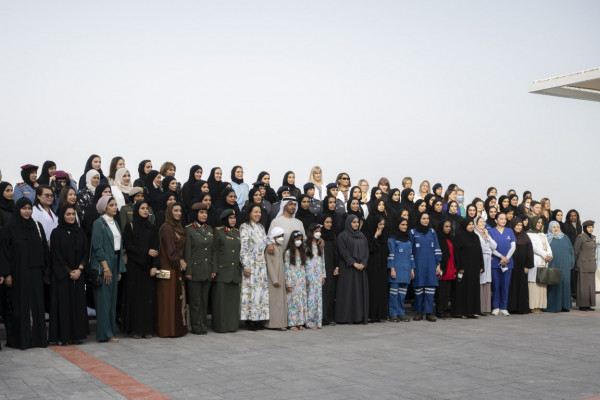 During his meeting today with women’s groups that represent several UAE-based entities, His Highness Sheikh Mohamed said that women are highly regarded and respected in the UAE, noting that the appreciation of women in the country is a steady long-standing approach.

Sheikh Mohamed congratulated the women of the UAE and the world on the occasion of International Women’s Day.

He explained that women carry the great responsibility of rearing children and ensuring good upbringing, especially as with the UAE’s focus on the qualitative leaps that set nations apart by preparing future generations that can bear the torch and the responsibility and contribute to driving development and adding to the country’s achievements.

Sheikh Mohamed said that the UAE’s leadership, led by President His Highness Sheikh Khalifa bin Zayed Al Nahyan, continues to follow in the footsteps of the Founding Father, the late Sheikh Zayed bin Sultan Al Nahyan, in terms of supporting and empowering women and providing them with equal opportunities; an approach that played a key role in their success and excellence in all fields and enhancing their role in the development of the UAE and its community.