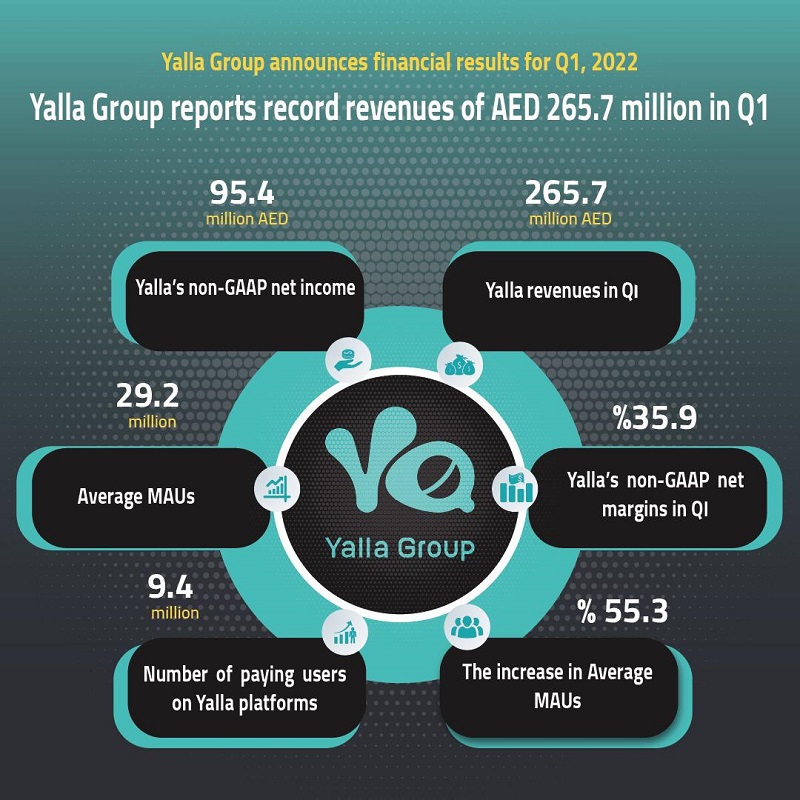 According to Yalla’s latest financial results, the GAAP and non-GAAP net margins during the first quarter ending on March 31 increased by 24.5% and 35.9%, respectively. The lion’s share of the total quarterly revenues was generated from chatting services, recording AED 190.5 million, while revenues posted by games services were estimated at AED 74.6 million of the total revenues.

“We had a stellar first quarter marked by strong results in both operational and financial metrics. Yalla Group’s total revenue reached AED 265.7 million. This exceptional performance was driven by our continued efforts to expand our user community, effective conversion of active users into paying users, and further advancement in monetization capabilities,” said Mr. Yang Tao, Founder, Chairman and Chief Executive Officer of Yalla.

“The strong performance we achieved during the first quarter of this year reflects the effectiveness of our growth strategy, which aims to provide an ideal experience for all users,” Tao added.

For his part, Saifi Ismail, Yalla Group President, affirmed that the business intends to enrich its product portfolio and enhance collaboration among the Yalla applications to develop an integrated interactive system to help boost the number of users for the company’s apps.

Ismail stressed that Yalla’s integrated and innovative system will contribute to heightening users’ awareness about the company apps and services, something which reflects positively on expanding the user base, and increasing the time the user spends within Yalla applications, thus enhancing brand loyalty in the long run.